Hurricane Harvey has been officially downgraded to Tropical Storm Harvey, but that hasn’t stopped the storm from creating a “500-year flooding event” in southeastern Texas. Houston and Corpus Christi are still being hit by heavy rainfall but by no means are the only communities under water.

U.S. President Donald Trump’s immediate signature on a disaster proclamation even before the hurricane made landfall triggered the release of federal assistance to the area, and allowed the Federal Emergency Management Agency (FEMA) to immediately begin to put its procedures into place for assistance to the counties declared disaster areas Governor Greg Abbott. The president has maintained a continued flow of moral support with ongoing tweets from Camp David, where he spent the weekend.

Many people are now saying that this is the worst storm/hurricane they have ever seen. Good news is that we have great talent on the ground.

“I’ve got to tell you, I give FEMA a grade of A+, all the way from the president down,” Abbott said. “I’ve spoken to the president several times, to his Cabinet members, such as secretary of Homeland Security, such as the administrator of FEMA, such as Tom Price, the secretary of Health and Human Services… All across the board, from the White House to the federal administration to FEMA, they’ve been very helpful,” he said.

A local man, Derek Alfonso, live-streamed via YouTube a detailed 15-minute briefing by the governor, aired Sunday afternoon on Houston’s KPRC Channel 2 TV, explaining he was providing it “for those friends and family who still have access to devices but cannot access the news here.”

It was a point made by Abbott during his briefing as well: even first responder and search-and-rescue teams working out of Rockport were having a hard time with communications, he said, because the town was so badly demolished. The Texas Department of Public Safety (DPS) reported they had just brought a communications trailer down to the area to help facilitate communications for the rescue teams.

Video footage showed waist-high water in some areas, and reporters speaking with families who were rescued and who spoke of waiting for help from their second floors and their attics. One man with a wife and infant described preparations to punch a hole in the roof as the water began to rise in the attic itself — just as help arrived.

Another local man, RC Mariner (see photo), wrote in a caption posted on Wikimedia: “The garage floods easily, but the ground here is still high enough not to be too worried. Until the boiler floods out and we have no hot water. Or the transformer shorts out, and we’re in the dark. Oh, and the access street is a lake, and the sidewalks are impassible. That’s the ramp to the laundry center. One more inch, and the dryers will need drying out.”

That was at 8 am in Houston, and by midday, all that and more had already come to pass.

In some areas news media reported up to 50 inches of rain. The governor warned Texans to stay off the roads, because driving into a pool of water could be dangerous, if not deadly. He also said to “be watchful and stay tuned for tornado watches,” and sure enough, within minutes after his briefing, two tornadoes popped up within the Houston area.

The governor’s office activated 3,000 National Guard and State Guard service members from Houston to Victoria and Corpus Christi “and parts in between,” he said. Five hundred vehicles, six shelters and 14 aircraft were activated along with them. More than 250 highway closures were reported in the state’s “triangle region” between Houston, Corpus Christi and Victoria.

By mid-afternoon, there were 316,000 homes without electricity, not including updates from Houston. More than 60 vessels were being used for water rescues by 100 game wardens from the state’s Parks and Wildlife department, who received help from Florida and Louisiana. More than 2,000 officers were deployed from the state’s Department of Public Safety in Corpus Christi, Travis County, Chambers County and Houston.

The International Committee of the Red Cross reported serving about 130,000 meals a day.

Texas received assistance from a number of other states, including New York, Arizona, Nebraska, Tennessee, California, Missouri, Utah and Ohio, as well as from the federal government.

“Assistance is pouring in from across the country,” Abbott said. “Both helicopters as well as other resources have been provided,” Abbott said. “I want to extend my deep gratitude to our fellow Americans who are pouring in support from other states and providing resources that are needed to help us deal with these challenges.” 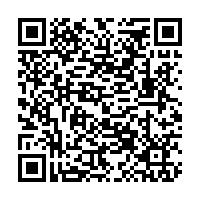