Say what you will about President Donald Trump, he knows how to hold his cards regarding the “peace process” close to the chest, so close, in fact, the only actual information one often gets about said cards is one’s own wishful thinking. The president’s exclusive interview with Reuters is a case in point: all the answers he gave his interviewers regarding his plans for Israel and the PA were elusive, and, frankly, odd:

Ask anyone on any street in any Middle East country, and they’ll gladly offer you a long list of reasons why there’s no peace between Israel and the PA (and Hamas).


OK, that’s just not true. Ask anyone on any street in any Middle East country, and they’ll gladly offer you a long list of reasons why there’s no peace between Israel and the PA (and Hamas), and most of them would require a great deal of work and good will to resolve, if that is at all possible.

The president followed that unusual statement with the line: “So we’re looking at that and we’re also looking at the potential of going to Saudi Arabia.”

Going to Saudi Arabia may be a reference to two things: one, using the Kingdom’s prestige and influence in the Sunni world to bring the PA to the negotiations table; and, two, putting US support behind the “Saudi Initiative,” a.k.a. the 2002 Arab Peace Initiative, that was endorsed by the Arab League in 2002 at the Beirut Summit, then re-endorsed at the 2007 Arab League summit, and, finally, at the 2017 Arab League summit.

In May 2015, Prime Minister Benjamin Netanyahu expressed his tentative support for the initiative, saying he welcomed the general idea behind it, with several crucial caveats: there will be no Israeli withdrawal from the Golan Heights, and no right of return for millions of Arabs whose ancestors two generations removed had left Israel in a hurry.

The PM then added that he envisioned only a partial Israeli withdrawal from Judea and Samaria, consistent with the IDF’s security considerations; and, of course, Jerusalem will remain Israel’s eternal, undivided capital.

Which would mean that in order to “go the Saudi Arabia” for help in his new peace effort, President Trump would have to get many concessions from the Arabs, and there would still remain many doubts regarding Israel’s willingness to permit a fully independent Arab state on its border, a state whose population have a penchant for erupting in waves of terror, and a tendency to choose Hamas whenever they get a chance to vote freely.

Back to the president playing his cards very close to the chest: he wouldn’t even confirm whether or not he plans to make good on the rumors that he might visit Israel on May 22, or on May 23-24. So far, the White House would only say they are “exploring the possibility of a future visit to Israel as well as other countries.”

Deputy Foreign Minister Tzipi Hotovely (Likud) has stated that Israeli preparations for the visit are full steam ahead, but that’s—so far—just steam.

As to Trump’s plans to move the US embassy from Tel Aviv to Jerusalem on a visit that would coincide with Jerusalem Liberation Day – it would be a marvelous thing to behold, but then, how would the president be able to make good on his observation that “there is no reason there’s not peace between Israel and the Palestinians – none whatsoever”?

The obvious fear here is that, in the end, the President would make a really awful situation much worse. By now, 100 days after his inauguration, we have gotten used to the fact that many Trump major promises (repeal ObamaCare, block immigration, build a wall, tax reform) have crashed, fully or partially, against the rocks of political reality.

And so we strongly suggest that until the president puts his cards on the table and offers a plan for peace that has a chance in hell of being endorsed by both sides, we should curb our enthusiasm.

As to moving the embassy on Jerusalem Day? Hey, it’s Trump, anything can happen. 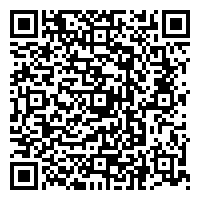