President Hassan Rouhani issued a fresh threat against the U.S. this week in his Tuesday address to the Iranian Parliament, saying Tehran could “return to a more advanced (nuclear) level than at the beginning of the [JCPOA] negotiations” that preceded the 2015 nuclear deal in July 2015.

Rouhani told the Majlis (Iranian Parliament) that the Joint Comprehensive Plan of Action (JCPOA) should be preserved,” adding that the country should make use of the agreement, according to IRNA. He noted that Iran’s banking transactions with the world are being carried out, and said Iran is ready to “hold talks on removal of all sanctions.”


Iranian Foreign Minister Mohammad Javad Zarif had already told IRNA on Sunday that Iran is mulling “U.S. disloyalties along with increasing level (sic) of cooperation with our neighboring countries.”

The Majlis on Sunday ratified by 240 votes out of 247, a bill that requires the country’s ministries of foreign affairs, defense and intelligence, as well as the elite Islamic Revolutionary Guards Corps (IRGC) Quds Force and the Islamic Republic Army to come up with a comprehensive strategic plan to “counter U.S. threats and bullies” in the region.

The bill requires, in brief, that every two years, “the Secretary of State, the Secretary of Defense, the Secretary of the Treasury, and the Director of National Intelligence shall jointly develop and submit to the appropriate congressional committees a strategy for deterring conventional and asymmetric Iranian activities and threats that directly threaten the United States and key allies in the Middle East, North Africa, and beyond.”

‘The bill has very wisely tried not to violate the JCPOA and also give no chance to the other party to manipulate it,’ Iranian government representative Abbas Araqchi told IRNA.

Among the elements of the bill are sanctions against U.S. military and security organizations, as well as individuals who have “aided the Islamic State and al-Nusra Front terrorist groups,” as well as “U.S. entities who support state terrorism, including the Zionists’ regional terrorist activities, targeting the Palestinian people in the Occupied Lands and Lebanon, and those who play a significant role in such activities.”

The U.S. government overall is included because according to the Iranian regime, it “systematically violates the basic human rights in the region and the world, and supports dictatorial and aggressive governments under the cover of economic, scientific, medical, biological and industrial activities, and even act against its own citizens, like what it did to the Branch Davidians [in 1993] and as well as the African Americans…”

In addition, the measure allocates funds for, among other things, improving development of nuclear propellers and “boosting Iran’s defensive capabilities against possible nuclear attacks.” Half of the budget is earmarked to “expand missile activities.” The bill also allocates $2.5 billion to the IRGC Quds Force, which is supporting the Syrian regime across Israel’s northern border.

In October, U.S. President Donald Trump will be required by law to certify that “Iran is transparently, verifiably, and fully implementing the [JCPOA] agreement, including all related technical or additional agreements.

One of the relevant agreements is United Nations Security Council Resolution 2231, which locked in the deal at the UN, and which requires all states, including Iran, to prevent the “transfer of arms or related materiel from Iran by the nationals.”

But Iran has already violated that requirement by transferring weapons to proxies in Yemen, a fact documented by the UN multiple times via various routes.

Additional transfers were noted by the Reuters news agency through Kuwaiti waters as well. Earlier this week, the German Welt Am Sonntag news outlet also documented another violation, this one via satellite photo showing an Iranian arms plane sitting on the tarmac of a Russian air base in Syria. In the article, Welt cited Western intelligence sources who said that in June, the Iranian aircraft flew to the Russian-operated Khmeimim airport in Syria, where some kind of heavy offensive weapons system or systems were off-loaded for transport via truck to the Mediterranean port of Tartus. The goods were then loaded on to the Russian vessel, Sparta III, which sailed to the Russian port of Novorossyisk on the Black Sea.

Under UNSCR 2231, until the year 2023 certain arms transactions are to be approved in advance by the UN Security Council, including “delivery, sale or transfer … of all types of combat armaments, large-caliber artillery, combat aircraft, combat helicopters, warships, rockets or rocket systems.” The prohibition also applies to the “production or maintenance” of these weapons. According to Welt, the new smuggling route is to become part of the new coordination between Russia and Iran in their joint efforts to uphold the Syrian regime of President Bashar al-Assad. 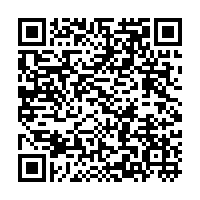