Jewish Congressman Lee Zeldin, a Republican representing New York’s 1st congressional district (Central and Eastern Suffolk County, LI) since 2015, has his communications director Katie Vincentz to thank for saving him from the kind of devastating humiliation TV prankster Sacha Baron Cohen has been heaping on American politicians, mostly from the right.

In case you don’t watch vulgar, borderline-pornographic TV such as Cohen’s latest series, “Who Is America?” on Showtime, is a half-hour, 7-episode series from the Jewish-British comedian, who in the 90s gave us his comic characters Ali G, Brüno Gehard, and Borat Sagdiyev (originally seen on HBO, then developed into feature films) who stretched the boundaries of good taste, dragging unsuspecting celebrities as well as innocent bystanders into the muddy, sewerish kind of satire.


Sacha Baron Cohen’s return to series television in 2018 (so far 3 episodes have aired) has offered more of the same and then some, as the master of bathroom humor is dragging down marginal as well as mainstream personalities (including, most recently, former VP Dick Cheney) into the gutter.

Baron Cohen is disguised as two characters in the new series, one of whom is a nightmare Israeli ex-IDF special force Rambo calling himself Eran Morad, who, among other things, gets his victims to advocate giving guns to toddlers (admitting that, in a fit of anger, he shot his own late son who tried to pull on him first). It was this “Israeli” officer (Baron Cohen is fluent in Hebrew) who tried to trap Congressman Zeldin.

According to the NY Post, Zeldin’s office received a “convincing” interview request in February from an Israeli TV station that told the Jewish Republican who is very pro-Israel, that he is among 70 celebrities being honored in 2018 as part of Israel’s 70th anniversary celebrations.

But Katie Vincentz was not convinced, because the representative of “Yerushalayim Television” introduced herself as “Julia Harris.” Vincentz hit Google, as any self-respecting communications person would have done, only to discover “there was no mention anywhere of this big award, which was surprising especially in light of the big names they claimed to have interviewed,” she told the Post.

Zeldin, who is the Co-Chairman of the Long Island Sound Caucus (a rare Republican preserve in the blue state of NY), is member of the Congressional Subcommittee on the Middle East and North Africa. The last thing we need is for a man in his position to look like an idiot on TV.

Give Katie a big bonus, Congressman. 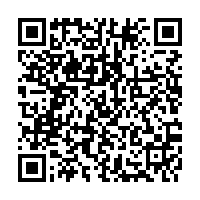