The increase in antisemitism across the United States has also arrived at a highly-valued high school football program in Ohio.

Eight football coaches at Canton McKinley High School in Ohio were suspended with full pay after a Jewish player who keeps kosher said he was forced to eat pork as a “punishment” for missing a voluntary strength and conditioning session.


Canton McKinley head football coach Marcus Wattley allegedly forced the 17-year-old student to eat pepperoni pizza on the floor as a punishment when he got back to school.

An attorney for the student said Tuesday (June 1) that he intends to file a lawsuit against the Canton City School District in response to the incident.

“The coach had a pork pizza as a penalty for this child not showing up for practice,” said Attorney Edward Gilbert. “What’s interesting is everyone on the team knows this child will not eat pork,” News-5 TV Cleveland reported.

“This is a first amendment issue,” said Gilbert. “The coach was inappropriate in the way he handled this. It was a stupid act.”

The civil rights attorney told reporters the teen had missed practice on May 20 because he had hurt his shoulder. When he returned four days later, the coaches forced him to sit in the middle of the gym and eat an entire pepperoni pizza in front of his team.

Had he not done it, the coaches threatened to force the entire team to run extra drills – and perhaps jeopardized his place on the team.

Gilbert told reporters that the student – who wants to remain anonymous – told the coaches at least five times that he could not eat the pork because he and his family are members of the Jewish faith and they keep kosher.

“I mean, it just crosses a line on every level, it’s just wrong,” the attorney said.

Eventually the coach told him that he could take the pepperoni off the pizza – which did not resolve the issue, because the entire pizza was treif (non-Kosher).

“He was ordered to eat that, and if he did not eat it, then he would most likely be removed from the team and the other teammates would have to do extra exercise that day,” Gilbert told Cleveland 19 News.

The player’s entire family has not consumed pork and related products since 2013 as part of their observance of kashrut, a Biblical commandment. All the coaches knew that the student keeps kosher, according to Cleveland 19 News.

The student – who is a junior, is considered a star athlete and who has already been offered full scholarships to several colleges — is now in counseling, the news outlet reported.

He is not sure he will return to the school or its high-value football program.

“The incident calls into question whether appropriate team management, discipline, and player accountability infrastructures are in place,” the Canton City School District said in a statement posted to Facebook.

“The District is nearing the completion of its investigation regarding this incident. . . Let us be clear, the Canton City School District holds all staff to the highest professional and ethical standards. Anything short of these standards is unacceptable.

“As educators, we are united in the pursuit of creating an inclusive and safe learning environment for our students in the classroom and beyond,” the District statement concluded. 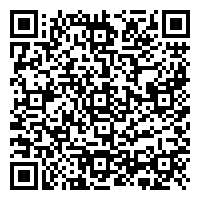