The White House released the following joint statement by the United States, Sudan and israel, on the agreement to normalize relations between Israel and Sudan:

After decades of living under a brutal dictatorship, the people of Sudan are finally taking charge. The Sudanese transitional government has demonstrated its courage and commitment to combating terrorism, building its democratic institutions, and improving its relations with its neighbors. In light of this historic progress, and following President Trump’s decision to remove Sudan from the State Sponsors of Terrorism list, the United States and Israel agreed to partner with Sudan in its new start and ensure that it is fully integrated into the international community. The United States will take steps to restore Sudan’s sovereign immunity and to engage its international partners to reduce Sudan’s debt burdens, including advancing discussions on debt forgiveness consistent with the Highly Indebted Poor Countries Initiative. The United States and Israel also committed to working with their partners to support the people of Sudan in strengthening their democracy, improving food security, countering terrorism and extremism, and tapping into their economic potential.

The leaders agreed to the normalization of relations between Sudan and Israel and to end the state of belligerence between their nations. In addition, the leaders agreed to begin economic and trade relations, with an initial focus on agriculture. The leaders also agreed that delegations will meet in the coming weeks to negotiate agreements of cooperation in those areas as well as in agriculture technology, aviation, migration issues and other areas for the benefit of the two peoples. The leaders also resolved to work together to build a better future and advance the cause of peace in the region. This move will improve regional security and unlock new opportunities for the people of Sudan, Israel, the Middle East, and Africa.

This historic agreement is a testament to the bold and visionary approach of the four leaders. Prime Minister Netanyahu, Chairman al-Burhan, and Prime Minister Hamdok expressed their appreciation for President Trump for his pragmatic and unique approach to ending old conflicts and building a future of peace and opportunity for all the people of the region.”

Prime Minister Benjamin Netanyahu made the following the declaration of normalization between Israel and Sudan, on Friday:

“Today we announce another dramatic breakthrough for peace, another Arab state joining the circle of peace. This time, it is normalization between Israel and Sudan. What a great turnaround!

In Khartoum, the capital of Sudan, in 1967 the Arab League adopted its three ‘No’s’: ‘No to peace with Israel, no to recognition of Israel and no to negotiations with Israel.’

However, today Khartoum has said, ‘Yes to peace with Israel, yes to recognition of Israel and yes to normalization with Israel.’ This is a new era, an era of true peace, a peace that is expanding with other Arab countries, with three of them joining in recent weeks.

Delegations from Israel and Sudan will meet soon to discuss cooperation in many areas, including agriculture, trade and other areas important to our citizens.

The skies of Sudan are open to Israel today. This allows for direct and shorter flights between Israel and Africa and South America.

I thank the Chairman of the Sovereignty Council of Sudan, Abdel Fattah al-Burhan, and Sudanese Prime Minister Abdalla Hamdok.

I would like to again thank President Trump and his team for their part in this historic move. We are expanding the circle of peace. What excitement; there should be more.”

President Donald J. Trump has informed Congress of his intent to formally rescind Sudan’s designation as a State Sponsor of Terrorism. This follows on Sudan’s recent agreement to resolve certain claims of United States victims of terror and their families. Yesterday, in fulfillment of that agreement, the transitional government of Sudan transferred $335 million into an escrow account for these victims and their families.

By finally serving justice for the American people, President Trump was able to achieve what previous presidents could not – the resolution of longstanding claims of victims of the East Africa embassy bombings, the attack on the USS Cole, and the murder of USAID employee John Granville. This is a significant achievement for the President and his Administration and brings a measure of closure to many to whom it has long been out of reach.

Today represents a momentous step forward in the United States-Sudan bilateral relationship and marks a pivotal turning point for Sudan, allowing for a new future of collaboration and support for its ongoing and historic democratic transition. We commend the transitional government of Sudan for its work to chart a new course and stand ready to support the people of Sudan as they work to build a better future for themselves and future generations. It is essential that Congress act now to pass the legislation required to ensure that the American people rapidly realize the full benefits of this policy breakthrough. 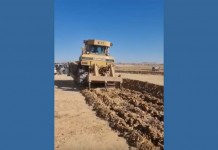 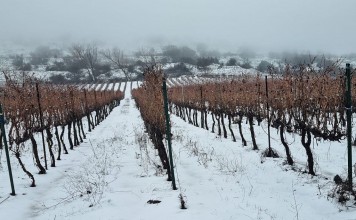