I opted to copy the tweet below rather than provide the Twitter embedded version because these unpleasant things have a way of disappearing from people’s accounts on account of being an embarrassment. So here it is, Rep. Thomas Massie, representing Kentucky’s 4th congressional district, which includes suburban Louisville, on Sunday cautioned in a mock 1984, Big Brother sort of way: “You mustn’t question Fauci, for he is science.”

Below that statement, Massie shared a quote from Voltaire, a.k.a. François-Marie Arouet, French Enlightenment writer, historian, and philosopher famous for his wit: “To learn who rules over you, simply find out who you are not allowed to criticize.”


Here’s the thing, though: USA Today fact-checked the quote last year and it doesn’t belong to Voltaire. It belongs to Kevin Alfred Strom, a White Nationalist, Neo-Nazi, Holocaust Denier, and White Separatist, who in 2008 pleaded guilty to one count of possession of child pornography and was sentenced to 23 months in prison. He was eventually released from prison after serving only five months which were added to 9 months of time served while awaiting his trial.

The Kentucky Jewish Council on Monday tweeted a response, saying: “We are embarrassed to once again see a Kentucky congressman share an Ill researched hateful post. This is sadly not the first time Rep. Thomas Massie has tweeted blatant antisemitism that originated with white supremacists.”

This is sadly not the first time @RepThomasMassie has tweeted blatant antisemitism that originated with white supremacists. pic.twitter.com/M8cGIZnl8b

In September 2021, Massie called AIPAC an agent of “foreign interference” in US politics.

On December 4, 2021, Massie drew harsh criticism for tweeting a family Christmas photo with an assortment of guns, just days after four teenagers had been killed in a mass shooting at Oxford, Michigan High School.

In late August 2021, Massie compared Covid-19 restrictions to the Holocaust and the murder of 6 million Jews.

Rabbi Shlomo Litvin of Chabad of the Bluegrass in Lexington, KY, responded to that one with disgust, stating:

As a Jewish leader in Kentucky, I can not remain silent at the horrific tweet by Congressman Thomas Massie of the 4th District, who compared Covid restrictions to the Holocaust, and the murder of 6 million Jews.

This shameful tweet shows tremendous ignorance of public policy, history, and a horrible lack of judgment. While we are relieved the congressman deleted the ill-thought-out tweet, such comments must be repudiated. The Lubavitcher Rebbe, Rabbi Menachem Mendel Schneerson, my personal mentor and the foremost Jewish leader of the modern era, spoke often about the need not only for education but for moral education. Ignorance like this lays to bare that need in our society today, and I have reached out to Congressman Massie’s office with an offer to share our communities perspective and to educate.

While the Congressman’s office has refused to speak to Jewish leaders repeatedly in the past, we continue to hope for more representation and communication in the future. Our community deserves it. These positions do not in any way represent the views of most Kentuckians. The Commonwealth of Kentucky has led the effort to combat antisemitism and organizations like Kentucky Educators for Holocaust Studies lead the way in combating such ignorance and offense.

Then there was this:

Lots of people pointing out that the quote is actually by neo-nazi Kevin Strom, but here’s another fun fact:

The illustration is from an anti-child labor cartoon, which is ironic, given Massie’s vote in Dec. to protect importers who use forced labor. ?https://t.co/bEd7HyrY4H pic.twitter.com/OrSbwAoJqr

Finally, Voltaire was easily as antisemitic as the Neo-Nazi Strom. Rabbi Joseph Telushkin suggested Voltaire generated the most significant Enlightenment hostility against Judaism. Thirty of the 118 articles in his Dictionnaire philosophique dealt with Jews and described them in consistently negative ways. For example, in Voltaire’s A Philosophical Dictionary, he wrote of Jews: “In short, we find in them only an ignorant and barbarous people, who have long united the most sordid avarice with the most detestable superstition and the most invincible hatred for every people by whom they are tolerated and enriched.” 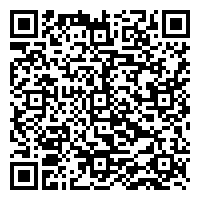