King Abdullah II of Jordan on Sunday told CNN’s Fareed Zakaria that the American leadership does not get what Islam is about—which goes without saying and which could explain the catastrophic US Mid-East policy since Desert Storm, if not earlier.

“Whether I’m in Washington in the Congress or with the administration, I think maybe there’s a lack of understanding of Islam,” the King told his host, who is a self-described secular and nonpracticing Muslim born in India.

The king said Trump’s recognition of Jerusalem as the capital of Israel was “a complication,” because “Jerusalem is such an emotional subject for everybody.” But repeating his argument that Washington misunderstands the Arabs, then he asked, “How do we build the confidence and trust between the Palestinian leadership and the American leadership so that we can get Americans, Israelis and Palestinians at the table?”

As if Abbas et al were children who are unable to realize on their own that they must save their people from a life of poverty and suffering, and must be manipulated emotionally to negotiate with their far stronger neighbor.

King Abdullah was responding to repeated references by President Trump describing Islam and the United States as being at odds with each other. Trump said on the campaign trail that Muslims hate the US.

The king defended Islam, saying “it is not a religion of hate. We as Muslims believe in Jesus Christ as the Messiah. We believe in the Holy Virgin Mother. We believe in the Bible and the Torah, and I think this is the way that all of us were brought up,” he said, misrepresenting the repugnant views against Jews and Judaism which are common among scholars and politicians in his own country.

“When we all greet each other as Arabs and Muslims, we say, ‘As-salamu alaykum’ – peace be unto you,” the King argued, suggesting this was “the basis of Islam.” The king, who is the actual heir of the prophet Muhammad, omitted another popular Muslim saying, “the religion of Muhammad is enforced by the sword.”

The king did admit that “fringe groups” have created a series of problems and challenges, but insisted that most Muslims are fighting against the extremists.

“This is a civil war between all of us – and those that, not only consider us heretics, but consider Christians, Jews and other religions all heretics, who should be put to the sword,” he said about what he described as a “fight inside of Islam.”

“The problem that we have now, and maybe the lack of understanding, is that it is us Muslims working side by side with Christians, Jews and other religions to fight this scourge, which is still going to be a long-term problem,” he stated, but warned that the fight against extremist would fail if the Muslims feel “victimized and isolated,” because this creates “a breeding ground of contempt.”

“We all want a better future for our children and their children. For them to feel isolated, that’s the danger. And the rhetoric that moves in that direction is not a good story for any of us,” he said. 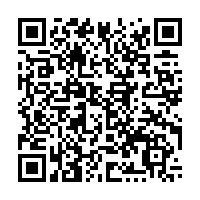