In July 2013, after serving two years as the chief of the United States Central Command (CENTCOM) under President Barack Obama, retired Marine Corps General James Mattis told CNN’s Wolf Blitzer that the situation between Israel and the Palestinian Authority was “unsustainable.”

“It’s got to be directly addressed,” Mattis argued. “We have got to find a way to make the two-state solution that Democrat and Republican administrations have supported. We’ve got to get there, and the chances for it are starting to ebb because of the settlements, and where they’re at, they’re going to make it impossible to maintain the two-state option.”


Which is to suggest that while the world is in shock over President Donald Trump’s Secretary of Defense’s decision to quit, it is possible that his resignation removed from the discussion table a staunch supporter of what UN Ambassador Nikki Haley (also on the way out) described as a coming proposed peace deal which Israelis are not going to like. At least not all of it.

Back in 2013, Mattis told CNN: “If I’m in Jerusalem and I put 500 Jewish settlers out here to the east and there’s 10,000 Arab settlers in here, if we draw the border to include them, either it ceases to be a Jewish state or you say the Arabs don’t get to vote — apartheid.”
In other words, when it came to the peace process, there was no daylight between the views of General Mattis and say, Peace Now, or Meretz, or, come to think of it, President Vladimir Putin.

That is not to say that Mattis was not an admirable leader of US forces in both Syria and Afghanistan, and that he was not absolutely on the money when he wrote President Trump: “My views on treating allies with respect and also being clear-eyed about both malign actors and strategic competitors are strongly held and informed by over four decades of immersion in these issues,” meaning he believed Trump was not doing any of that; and, “We must do everything possible to advance an international order that is most conducive to our security, prosperity and values, and we are strengthened in this effort by the solidarity of our alliances,” meaning Mattis didn’t think Trump was doing that either, hence his world-shocking resignation.

Frankly, if I were a Kurd in Syria or a pro-Western Afghan, I’d be very worried today, because with the US presence in Syria cut off completely and slashed in half in Afghanistan, 2019 is bound to spell a Turkish massacre of the Kurds and a Taliban massacre of the enlightened forces in their part of the world.

But Israel will not have to endure similar atrocities, God willing, because it never relied on US direct military protection. Instead, Israel has developed a direct channel of communication with Russia, as well as indirect channels with all its enemies, including Hamas and Iran.

But here’s a juicy note, in the context of the Mattis resignation vis-à-vis the Trump “deal of the century” peace plan: one of the key component of every US-proposed peace deal and the two-state solution in the liberated territories has held a reference to the Jordan Valley, where a slim string of Jewish settlements separate the perilous Jordanian border from a future Palestinian State.

And one US administration after another has offered to allay Israel’s concerns regarding that portion of the territories, with foreign troops, including the friendly and reliable US military.

By resigning and focusing the world’s attention on how unreliable the US is when it comes to honoring its pledges to support its allies in Syria and Afghanistan, Mattis seems to have settled the debate, once and for all: no way should Israel expose its entire eastern front by handing it over to a Palestinian State with “guaranteed” security from Washington.

Thank you, General Mattis, you are an honorable man and we’re so glad we didn’t have to get into a fight with you over the boundaries of our homeland. 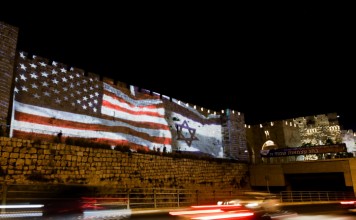 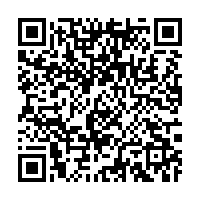