Michigan’s 9th congressional district is located in parts of Oakland and Macomb Counties in the southeast areas of the State of Michigan and includes Ferndale, Royal Oak, Hazel Park, St. Clair Shores, Warren, Bloomfield, and Sterling Heights. Which means that I would never have been aware of the politics of these good folks on my own – if not for my good friend from Jews for Andy, Eva Borgwardt (I never heard of her but she, it appears, is my good friend). And I won’t have become curious about this Andy’s political prospects if not for the graphics that were plastered across her email last Friday: “End the Occupation.”

Despite our friendship, Eva’s email was all business: “David, I’ve been blown away by the outpouring of support we’ve received since I sent the email below. It proves the grassroots power we have to beat AIPAC. But, Davis, we’re still short of our goal — we need to raise $1,689 before Shabbat today to fully fund our work through Andy’s August 2 election.

“Can I count on you to donate $36 right now to help us hit that goal?

“We can defeat AIPAC, but we won’t be able to do it alone. We need these funds so that we can keep reaching out to thousands of voters and make sure we defeat AIPAC in Michigan on August 2.”

And that’s how I discovered that Andy – that’s Congressman Andrew Saul Levin, a very progressive Michigan Democrat – was in my wheelhouse, and then some.

First, a little nepotism: Levin (Andy) ran in 2018 to succeed his father, Sander Levin, in the US House of Representatives in Michigan’s 9th congressional district. He defeated Republican businesswoman Candius Stearns in the general election with 59.6% of the votes. He ran for a second term in 2020 and defeated Republican Charles Langworthy with 57.8% of the vote.

But redistricting in Michigan has forced two democrats, Levin and Haley Stevens, from Michigan’s 11th district, to compete against each other for the same seat (Michigan’s 11th), and as The Nation has put it, Levin is being massively outspent by the “corporate-friendly” Stevens, who is “amply funded” by outside groups that support her.

And that brings us back to Eva Borgwardt’s email.

“We’re just 20 days away from Primary Day in Michigan. On every campaign I’ve worked on, this is when the sprint to the finish line begins. Andy Levin is facing a competitive primary on August 2nd. He’s a champion of a Green New Deal, Medicare for All, and human rights for Palestinians and Israelis. And AIPAC is pouring millions into Andy’s opponent’s campaign in an attempt to unseat him.”

So I checked out Andy’s position on the Middle East – here it is:

“Only a two-state solution can both ensure Israel’s survival as a democratic state and a national home for the Jewish people and fulfill the legitimate aspirations of the Palestinian people for a state of their own. In September 2021, I introduced my Two-State Solution Act which defines the United States’ role in making meaningful progress towards peace in Israel and Palestine and discourages steps that push this out of reach. This bill helps both parties move down the path of peace and coexistence.”

So far, nothing out of the ordinary, most of the Democratic party is convinced that the lesson from Israel’s pulling out of the Gaza Strip to make room for the Arabs there to freely shell Israeli civilians while impoverishing their own people is that the same must be done in Judea and Samaria. But then there’s this:

“I have used my position on the House Foreign Affairs Committee to advocate for diplomacy and avoid more needless war. When it became clear that the Trump administration was considering a war with Iran, I introduced the bipartisan Authorization for Use of Military Force (AUMF) Clarification Act, a bill to reaffirm that the Trump administration would have to receive an explicit authorization from Congress before engaging in military action against Iran.” And, naturally, “I strongly support the Biden administration’s efforts to reconstitute the JCPOA, a step that would promote not just U.S. and Israeli security, but global security.”

Stevens, on the other hand, writes: “I had the opportunity to visit Israel for the first time in 2019, where I experienced its deep history, cultures, and natural beauty. I was also able to learn more about the innovative technologies Israel has created that Americans depend upon for agriculture, energy, healthcare, commerce, transportation, and national security, among many others. I look forward to finding new ways to develop strategic plans to build on these technological successes.”

Mind you, the Congresswoman was among the authors of the Obama administration’s 2009 bailout of Michigan’s car industry (she was hired by Steven Rattner).

But wait, there’s more. Stevens states: “I stand alongside Israel against the BDS movement, which seeks to undermine Israel’s economy and legitimacy. Its main goal is to delegitimize Israel’s existence and inflame tensions in communities and on college campuses, which undermines the prospects for peace. At a time when anti-Israel boycotts are prevalent around the country and globe, and the Anti-Defamation League is reporting a dramatic uptick in anti-Semitic hate crimes, it is now more important than ever to stand beside Israel and oppose state-sponsored BDS.”

I wonder what my friend Eva thinks about that one.

There’s this, too: “I believe in Israel’s fundamental right to self-defense. As the only democracy in the Middle East and our strongest ally in the region, Israel’s safety is paramount to our interests at home and abroad. Congress must continue to unconditionally support critical programs that help Israel upgrade its fleets in air, land, and sea, enhance the mobility of its ground forces, and continue to strengthen its missile defense capabilities. The landmark Memorandum of Understanding reached under the Obama Administration provided Israel with robust funding to accomplish these goals, and I will continue to support funding from this historic agreement, as I have each year. We must prevent Iran from getting a nuclear weapon and further destabilizing the region. Diplomacy must be the first option and is the best solution but all options must remain on the table.”

She does pay some lip service to the peace thing, at the very end of her foreign policy agenda: “I believe in the worth and value of every Palestinian and every Israeli and will work to support a negotiated solution resulting in two states—a democratic Jewish State of Israel, and a viable, democratic Palestinian state—living side-by-side in peace, security, and mutual recognition. This peace process should be settled by the parties directly.”

Is it any wonder AIPAC loves her? And if you read this newspaper, I besiege you, don’t vote for Andy, vote for Haley in the August 2 primaries in Michigan’s 11th. Let Andy go work for a living. Maybe for Eva. 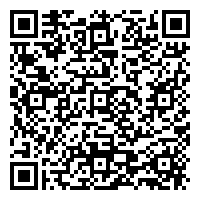