NASA and the Israel Space Agency (ISA) signed an agreement Thursday to expand cooperation between the two agencies. The ceremony took place during a visit from newly appointed NASA chief Jim Bridenstine.


NASA’s Director described U.S. plans to return to the moon and create a permanent base there in accordance with President Donald Trump’s vision.

The two agencies discussed projects that include Israel taking part in the International Space Station, as well as the studies of life sciences while employing nano-satellites – a field in which Israel has extensive knowledge.

“The agreement signed today symbolizes our mutual interest in building our scientific and technological capabilities in the field of space [exploration],” said Science and Space Minister Akunis.

He added the fact that NASA’s director chose to conduct his first foreign visit as head of the agency, to Israel, “says a lot about the strong alliance between the two countries and the great appreciation [the U.S.] has for Israel’s amazing technological technical capabilities, even in the field of space exploration.”

The Israeli NGO ‘SpaceIL’ announced Tuesday morning that it plans to send an unmanned spacecraft to the moon before the end of the year. The spacecraft is set to be launched using Elon Musk’s private aerospace company SpaceX, with a launch scheduled for December. The spacecraft, expected to be the smallest to ever land on the moon, is slated to land on February 13th, 2019, roughly two months after leaving Earth.

If the mission succeeds, it will make Israel the fourth country to land a spacecraft on the moon, following the United States, Russia and China. 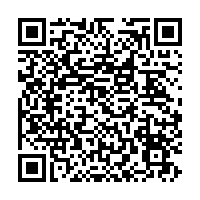