“The graft, where does it come from?” asks the young male Hasidic patient.

That is the crux of the matter, and that is the question that drives this anti-Semitic scene in the episode of the NBC medical drama, “Nurses,” that was pulled this week after Allison Josephs’ Jew in the City organization broke the story, exposing a plot involving a Hasidic Jew who refused a bone graft from a donor who might have been a gentile.

“The writers of this scene check all the boxes of ignorance and pernicious negative stereotypes right down to the name of the patient, Israel – payouts (sidelocks) and all,” said the Simon Wiesenthal Center in a statement issued about the episode.

“In one scene, NBC has insulted and demonized religious Jews and Judaism.”

In the scene aired Feb. 9 in an episode called “Achilles Heel” the father standing by the patient’s bedside insists the Creator will heal his son. The nurse in the scene retorts that medicine is the answer to his injured leg.

“You want to put a dead leg inside of me?” the patient asks, horrified and panicking.

“A goyim leg, from anyone? An Arab? A woman?” asks the second Hasidic character, also male.

“Or God forbid an Arab woman,” says the third character, a nurse, with sarcasm, glancing meaningfully at the black doctor. She turns to the patient. “Look, you can’t be lugging this metal cage around . . .”

“No, I don’t consent,” the patient says firmly.

“Ezriel,” the doctor cuts in. “Without this next step you will never walk properly again.

The nurse adds helpful, gently, “Which means forget about basketball.”

“Which is obviously what He wants,” the patient says back to her. Taking a deep breath, he continues, “It’s God who heals what He creates.” He looks up at his father, who squeezes his shoulder in sympathy, also probably in pride for having taken a difficult step.

The atrocious Hebrew grammar is another inexcusable error that makes it clear the program didn’t bother to research the culture it was attempting to portray. Or didn’t care enough to research it, since the producers and writers obviously believed they had it all figured out.

The skin color of the doctor who delivers the bad news to the patient underlines the message that Hasidic Jews are xenophobic racists.

“This is no slip of the tongue. It was a vile, cheap attack masquerading as TV drama, the statement said.

“What’s NBC going to do about it?”

B’nai Brith Canada likewise demanded action over the episode, which followed the recent brouhaha over the anti-Semitic “joke” delivered by Michael Che during last weekend’s “Saturday Night Live” program in which he “joked” that Israel is providing vaccines only to its Jewish population.

“Israel is reporting that they’ve vaccinated half their population,” he said. “I’m going to guess it’s the Jewish half.” Deadpan face, laughter from the audience. Funny? Jews didn’t think so.

Edelstein to SNL: Israel Has Vaccinated More Arabs Than Most Other Countries

“The disturbing stereotypes present in this episode of Nurses are deeply damaging to Jews, especially Orthodox practitioners, Michael Mostyn, CEO of B’nai Brith Canada said in a statement.

“We call on the producers to act responsibly and take accountability for this outrage.”

NBC has responded to the Nurses controversy by pulling the episode from digital platforms and canceling all future airings, sources with knowledge of the matter told the Hollywood Reporter.

Nurses’ Canadian studio Entertainment One issued this statement in response: “It’s important that we address the recent feedback we’ve received related to the portrayal of Jewish beliefs in the ‘Achilles Heel’ episode of our series Nurses.

“We take matters of this nature very seriously and deeply regret all inaccuracies related to religious beliefs as well as the negative portrayal of any religious community in our content, characters and storylines.

“We sincerely apologize to the Jewish community, our viewers and series fans, and are working to understand what transpired and ensure our research practices are exhaustive moving forward and lead only to well-informed storylines.”

According to the trade news outlet, Deadline, the 10-episode Canadian series is not likely to be picked up for another run next season. It was not produced by NBC but rather acquired by the network in November to fill a hole in a primetime lineup that had been derailed by the coronavirus pandemic. Produced by ICF Films and eOne in association with Corus Entertainment, the drama is set in Toronto. 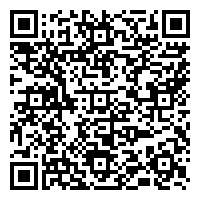