Nebraska Governor Pete Ricketts made an historic decision on Israel’s Independence Day, during a celebratory event at the Nebraska Capitol Building, to inaugurate May as Jewish American Heritage Month in the State of Nebraska. The governor led the nation in becoming the first American state to do so.

He also proclaimed the official adoption by the State of Nebraska of the International Holocaust Remembrance Alliance (IHRA) Working Definition of Antisemitism, bringing the number of American states that have adopted or endorsed the IHRA Definition to a total of 27, plus the District of Columbia.


A majority of American states now officially recognize the definition.

“We’ve seen a disturbing rise in antisemitism across the country,” said Governor Ricketts. “Here in Nebraska, we’re not immune to it. Someone painted a swastika on a synagogue here in Lincoln. We see this rise in antisemitism and must be aggressive in combating it. We must let people know we will stand against hate.

“When we see antisemitism we have to take very strong steps immediately to combat it. That’s why we want to make this proclamation to recognize the Jewish community’s contributions to Nebraska and the nation.”

Israel’s Minister of Agriculture and Rural Development Oded Forer sent a letter of appreciation to Governor Ricketts for his adoption of the IHRA Working Definition of Antisemitism and for the deep ties between Israel and Nebraska.

The letter was read at the event, in which he also commended the “significant gesture to recognize the deep and substantial contribution Jewish Americans have made and continue to make to Nebraska in particular and to the United States as a whole.”

The event was cosponsored by the Combat Antisemitism Movement (CAM), a leading proponent of the IHRA Working Definition of Antisemitism which has worked to have it adopted and endorsed in the US and around the world.

Representatives from each of Nebraska’s eight synagogues, and the Jewish Federation of Omaha were in attendance as well.

“With the State of Nebraska’s endorsement, the majority of U.S. states have now adopted the IHRA Working Definition of Antisemitism, which is now a tipping point for its success, meaning that only a minority of states have yet to do so,” said Elan Carr, a Board Member of CAM, and former US Special Envoy for Monitoring and Combating antisemitism.

“While there remains resistance to the IHRA Definition, it is a minority voice and is becoming increasingly drowned out by decision-makers and opinion-shapers across the US and the world who are placing their authority behind it and leaving less room for antisemites to espouse their hate and intolerance.”

Nebraska Holocaust survivor and philanthropist Milton “Milt” Kleinberg said, “I’m Jewish and I have always loved the free state of Nebraska. I could have taken my business to Texas, but Nebraska is home, and our governor is a friend.”

Other speakers included Consul General of Israel to the Midwest Yinam Cohen, and Nebraska Secretary of State Robert Evnan.

Nearly 900 entities around the world have adopted the International Holocaust Remembrance Alliance (IHRA) Working Definition of Antisemitism since 2016, including 37 nations, such as United States, Canada, Germany, the United Kingdom, Australia and France, according to a report released this year by CAM. 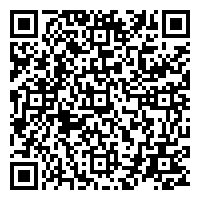