Cameron Shea, 25, a leader of the neo-Nazi group Atomwaffen Division, was sentenced on Monday in the U.S. District Court for the Western District of Washington to three years in prison for federal conspiracy and hate crime charges for threatening journalists and advocates who worked to expose anti-Semitism, Acting U.S. Attorney Tessa M. Gorman announced.

The Atomwaffen (nuclear weapons in German) Division, a.k.a. the National Socialist Order, is a neo-Nazi terrorist network founded in 2015 in the southern US. It has since expanded across the US and into Canada, the UK, Germany, and the Baltic states. Members of the Atomwaffen Division have been responsible for several murders and terrorist attacks.

Shea and three co-defendants were charged with conspiring via an encrypted online chat group to identify journalists and advocates they wanted to threaten in retaliation for the victims’ work exposing anti-Semitism.

The group focused primarily on Jewish journalists and journalists of color. The group created posters featuring Nazi symbols, masked figures with guns and Molotov cocktails, and threatening messages, which they delivered or mailed to their targeted individuals.

Shea messaged the group that he wanted Atomwaffen members in different locations to hit their victims’ homes with the posters on the same night to accomplish a “show of force.” The posters were delivered to victims in Tampa, Seattle, and Phoenix. Shea mailed posters to several victims, including a poster sent to an official at the Anti-Defamation League (ADL) that depicted a Grim Reaper-like figure wearing a skeleton mask and holding a Molotov cocktail outside a home, with the text: “Our Patience Has Its Limits . . . You have been visited by your local Nazis.”

Two of Shea’s co-defendants previously pled guilty to the conspiracy charge and were sentenced. A fourth defendant pled not guilty and is awaiting trial in September.

The case was investigated by the FBI’s Joint Terrorism Task Forces in Tampa, Seattle, Houston, and Phoenix, with assistance from the Seattle Police Department.

At the sentencing hearing in Seattle, U.S. District Judge John C. Coughenour said, “This conduct cannot be tolerated. This kind of conduct has consequences…It is so serious that it requires a serious sentence.”

Acting U.S. Attorney Gorman said, “This hate-filled conduct strikes at the heart of our communities. This defendant’s goal was to make people fearful in their own homes, and he recruited and cheered on others who joined his sick scheme. This federal prison sentence underscores the human damage from his crimes.”

According to the Associated Press, Shea apologized in a letter to Judge Coughenour, saying, “I cannot put into words the guilt that I feel about this fear and pain that I caused.” He explained that he had been homeless, struggling with an addiction, and mourning the death of a friend when he became attracted to neo-Nazism.

“The only reason I disliked the media was because I was partaking in things I didn’t want to be known to the public, because on some level I knew the things I was involved in were wrong,” he wrote the judge. 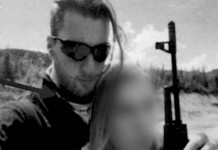 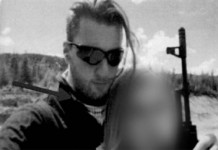 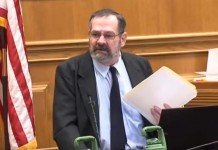 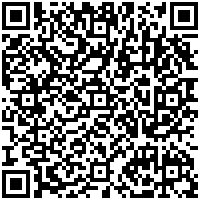