Prime Minister Benjamin Netanyahu and U.S. President Donald Trump discussed “recent developments in the Middle East” in a phone conversation on Tuesday, according to a readout of the call from the White House.


Trump also “reiterated the commitment of the United States to Israel’s security.”

Also on Tuesday, Trump discussed the threat posed by Iran in a phone call with the emir of Qatar.

“The leaders discussed Iran’s increasingly reckless behavior in the region and the threat it poses to regional stability,” the White House said in a statement, adding the president underscored “it is critical to end the Gulf dispute” between Qatar and its neighbors in the Gulf Cooperation Council.

Earlier in the week, Trump spoke with Saudi Arabia’s King Salman about the continued split in the GCC. On Tuesday he had another conversation with the Saudi monarch, who underlined Riyadh’s support for a Palestinian state with eastern Jerusalem as its capital. The king asked Trump to promote the Israeli-Palestinian Authority peace process.

The king’s son, Saudi Crown Prince Mohammed bin Salman, told Jeffrey Goldberg of The Atlantic in an interview published last week, “I believe the Palestinians and the Israelis have the right to have their own land…

“We have religious concerns about the fate of the holy mosque in Jerusalem and about the rights of the Palestinian people. This is what we have. We don’t have any objection against any other people,” he told Goldberg. 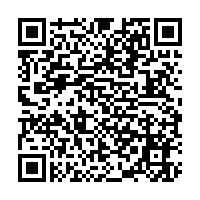