Elizabeth Frawley Bagley, 69, has served as a diplomat during three presidential administrations, starting with Jimmy Carter’s, and is currently the Biden administration’s nominee to serve as the next United States Ambassador to Brazil. She graduated the Georgetown University Law School with a J.D. Degree in International law. She also attended university and law school in France, Spain, and Austria, where she studied international trade law and public international law. She is also a political activist and philanthropist, and until his death in 2010, was married to Smith Bagley, a social activist, Democratic fundraiser, business executive, and the grandson of R.J. Reynolds, founder of the R.J. Reynolds tobacco company. In short, a highly qualified candidate for the job of arm-wrestling with Brazil’s President Jair Bolsonaro over the future of the Amazon rainforests.

But then––as this happens so often, unfortunately––a congressional source leaked to the Washington Free Beacon a 1988 interview in which the qualified candidate turns out to be, possibly, a little bit antisemitic (‘The Jewish Factor, It’s Money’: Biden Ambassador Pick Under Fire for Anti-Semitic Tirade). We’ll unpack and then put it together again:


The interview was conducted by Charles Stuart Kennedy, starting on July 27, 1998, for an oral history project of the Association for Diplomatic Studies and Training. Bagley, the second of eight children born into a devout catholic family, mentions Jews appears on page 6 of the interview:

“I would say we were very isolated. I never set foot in a Protestant church or Jewish synagogue. In fact, I think we were told not to. I can remember knowing then that they were different. We were taught that we were the one true faith. I don’t remember being taught any kind of antisemitism, but Jewish friends of mine said that their Catholic friends had been taught that the Jews killed Jesus. I never heard that, although I always knew they were different from us by religion and customs: they went to synagogue on Saturdays when we were going to Mass on Sundays. I went all through the Catholic school system and knew only a few token Protestants, but no Jews.”

Fifty pages later appear the part about Jewish influence the WFB cited and was later repeated by Breitbart and RJC Executive Director Matt Brooks. But note first the interviewer’s leading question, almost trapping a subject he knows to have a “Jewish problem”:

Kennedy asks (p.53): “I would think one of the big things of any campaign would be the Israeli influence. How did that play? Someone from Arkansas is not going to come out with a lot of commitment on the Israeli side.”

Bagley: “Yes, there aren’t very many Jews in Arkansas or in Tennessee. Both of them (Madeleine Albright and Al Gore – DI) were national figures in terms of having been involved nationally. Al Gore having run before and getting himself in trouble in New York during the primary in 1988 (Gore was endorsed by NY Mayor Ed Koch who made statements in favor of Israel and against Jesse Jackson. The mayor’s statements cast Gore in a negative light with black Democrats, and on Super Tuesday he received only 10% of the vote in the NY State primary. Gore then dropped out of the race – DI).

“There is always the influence of the Jewish lobby because there is major money involved. But I don’t remember any major issues coming out on that, besides the usual ‘make Jerusalem the capital of Israel,’ which is always an issue in the campaign. Camp David was certainly on the list of things to build upon, but I don’t remember it being a burning issue on the campaign for anyone. The Persian Gulf certainly was.”

Kennedy: “Bush had taken the rather courageous stand of calling back credits for housing because the Israelis were building houses on the Left Bank on Arab land. Did that come up at all?”

The interviewer takes great liberties with historic facts, and I feel obligated to set the record straight regarding the “courageous” President George Herbert Walker Bush. He and Secretary of State James Baker applied massive pressure on Israel to stop the settlement enterprise and used Baker-style bullying measures against then-Prime Minister Yitzhak Shamir (Likud). It was the time of the great Russian Aliyah and to absorb more than one million olim over a very short period, Israel asked the US for loan guarantees. Not cash, mind you, just guarantees that would qualify the Jewish State for better terms. On September 12, 1991, President Bush attacked Shamir, treating him like the leader of some banana republic, and demanding that the settlements in Judea and Samaria and the Gaza Strip be halted and that Israel participate in the Madrid international peace conference as a condition for providing those loan guarantees. It was one of the lowest points in Israel-US relations, and Bush’s behavior was despicable.

Bagley: “Yes, Clinton criticized them (the Republicans – DI) on that. The Democrats always tend to go with the Jewish constituency on Israel and say stupid things, like moving the capital to Jerusalem always comes up. Things that we shouldn’t even touch (well, sister, we ended up touching it – DI).”

Kennedy: “I would think raising money, without trying to sound fascist almost, but a lot of the free money floating around for good causes or political causes is Jewish money. Did you find that the candidates had to act in a certain way or you as a fundraiser had to say certain things?”

Bagley: “Not really. It was more the effect of the primaries, of the politics, not on money. The Jewish Democrats were going to give their money to Clinton anyway and Jews are mostly Democrats on social issues. I don’t think he was close to the Jewish community any more than any others, although [former US Senator Tom] Harkin [(D-Iowa)] might have been closer. But when it comes to a general election with Bush versus Clinton, they would go to Clinton because they really thought Bush was more pro-Arab like they felt the State Department was. I don’t think there was anything in particular that he had to do.”

Again, for the sake of context, Kennedy and Bagely proceed (p.54) to discuss the Cuban American community in very similar terms, comparing them to the Jewish community, both being influential in Democratic politics in the 1980s and ‘90s.

That’s the context of the “Jewish influence” citation in the WFB, and that’s the basis for Matt Brooks’ demand Friday morning:

Elizabeth Frawley Bagley is the antithesis of what it means to be a diplomat.

It is sad and troubling that this isn’t the first time the Biden Administration has put forward a nominee who is hostile to Israel and the Jewish people.

If President Biden refuses to pull Ms. Bagley’s nomination, we strongly urge the Senate to swiftly reject her nomination.

Now, it’s not up to me, but does the very mention of a “Jewish lobby” constitute a form of antisemitism? You decide. I invite you to check the International Holocaust Remembrance Alliance’s working definition of antisemitism. Bagley may have violated the second item on the IHRA list that says antisemitism is “making mendacious, dehumanizing, demonizing, or stereotypical allegations about Jews as such or the power of Jews as collective — such as especially but not exclusively, the myth about a world Jewish conspiracy or of Jews controlling the media, economy, government or other societal institutions.”

Like I said, maybe. But although I can detect in Bagley the general attitude implied by IHRA 2, it’s extremely mild and no worse than the mildly antisemitic references by Sarah Silverman that get chuckles on Netflix. Not sure it disqualifies her.

IHRA 6 is also not a very tight fit: “Accusing Jewish citizens of being more loyal to Israel, or to the alleged priorities of Jews worldwide, than to the interests of their own nations.” It may be part of the prospective ambassador’s thinking, but not any more so than many American politicians on the left and the right.

I certainly find the interviewer, Stu Kennedy, to be holding anti-Israel views, and I attribute some of Bagley’s questionable responses to his egging on. But hey, it’s not my job to defend the next US ambassador to Brazil. I’m having enough trouble with Tom Nides, the occasionally anti-Israeli US ambassador to Israel. 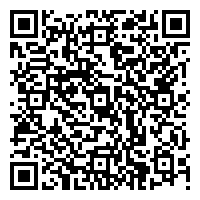