This past legislative session was the first one in more than 15 years during which a state lawmaker was not indicted or convicted of a crime. There were, however, several close advisers to the governor, state employees, and contractors who were indicted or resigned from their positions in a massive house cleaning last month.


Now state lawmakers and the governor’s executive team are making a strategic push for a pay raise through a seven-member commission created last year and formally known as The New York State Commission on Legislative, Judicial, & Executive Compensation.

According to the commission’s website, the commission was established as “an independent body tasked with examining, evaluating and making recommendations with respect to compensation for New York State’s judges, members of the state legislature, and certain state officials. The recommendations take effect unless modified or abrogated by legislation prior to taking effect.”

Several lawmakers either testified or submitted testimony to the commission supporting a pay raise; some lawmakers, mainly Republicans, have called on the commission to reject a raise.

Assembly Speaker Carl Heastie (D – Bronx) told The Jewish Press, “Legislators who do the right thing should not be punished for doing their jobs. Lawmakers have done a good job. I don’t think that the legislators who unfortunately have done the wrong thing should [affect] all legislators [who] have to suffer by not getting a pay raise. I wouldn’t even call it a pay raise. It’s about members needing a cost of living adjustment. There hasn’t been a raise since 1998. The salary of the legislators has actually been deflated to having the buying power of about $53,000 a year.”

“The governor can write a book while he’s governor, and get a very large advance for it, but no one who is not in a position of governor, speaker, or a resident of the Senate could do such a thing and expect anybody to want to read it,” Steck said, referring to the 2014 release of All Things Possible: Setbacks and Success in Politics and Life, a 500-page memoir penned by Gov. Cuomo. It has not sold very well (approximately 3,000 hard cover copies) but Cuomo received a handsome advance of $700,000 from publisher Harper Collins for his efforts.

“There is certainly no problem with someone writing a book after they leave governmental service, and getting whatever amount of income they want,” Steck continued, “but perhaps at that point and time no one would be interested in reading it. So…I think the problems that we run into have absolutely nothing to do with the outside income; they have to do with leveraging. And there is almost no one, in either body, who is in a position to do that.”

The commission is also deciding on whether to recommend executive chamber pay hikes for agency heads in the Cuomo administration.

State budget director Robert Mujica noted that due to low salaries, the governor’s administration has a 24 percent vacancy rate for nine agency commissioners. Mujica told the commission that agency heads “have not had a pay raise since 1999 and inflation has increased by 45 percent during that time.”

Some agency heads “earn less than the people they supervise, which is not a sound management practice,” according to Mujica.

Referencing the legislative pay raise, commission member Roman Hedges, an appointee of the state Assembly, said: “Our mission is particularly difficult because we’re being asked to recommend salaries for a job that exists within certain parameters, right now, but that may change [or] that may not change. It’s as if the job that we’re being asked to recommend a salary for is a constantly moving target or, potentially, a constantly moving target and, I think, that makes our work particularly difficult.”

The commission is expected to make its final conclusions, determinations, findings, and recommendations next month. The legislature does not have to ratify the decision. The commission will convene in 2019 to once again examine lawmakers’ salary status. 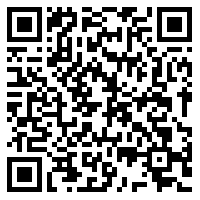