The massive district encompasses five counties in the Catskills region and two counties in the mid-Hudson Valley (namely, Columbia, Greene, Ulster, Otsego, Delaware, Schoharie, and Sullivan counties), as well as parts of four other counties west and south of Albany (Broome, Montgomery, Dutchess, and Rensselaer counties).

Faso, 66, claims no Jewish heritage but is aligned with the Chabad Lubavitch chapters in Dutchess, Ulster and Sullivan counties, which mainly includes the venerable Hecht, Zajac, Chanowitz, Deren, Hurwitz, Sandhaus, and Plotkin families.

Delgado, 41, touts that he’s married to a Jewish woman. He and the former Lacey Alexandra Schwartz tied the knot in 2011. The Rev. Leonard Comithier, a Baptist minister, officiated. Delgado says he now attends services at Congregation Emanuel, a Reform synagogue in Kingston, NY. On his website, Delgado writes, “Growing up (in Schenectady) the rules were simple: work hard, do your homework and go to church. The values my parents instilled in me growing up here are the same values that drive me to run for Congress.”

While she grew up as a Christian, Diane Neal, 41, claims Jewish roots on her mother’s side and maintains that her maternal family members are Holocaust survivors from two generations ago. Known for playing the character Casey Novak, a prosecutor on the hit television series “Law and Order: Special Victims Unit,” Neal quit the lucrative gig in 1999 to try her hand at studying biblical archaeology in Egypt and Israel.

Greenfield, 57, is the only one of the four candidates who was born and raised in a Jewish household. “When people ask me if I’m Jewish, I respond by saying there is nothing ‘-ish’ about it. I’m a 100 percent Jew. There’s no ‘-ish’ involved.”

“We observe some rituals, many of the holidays. I educated my three children and had them bat mitzvahed,” Greenfield told The Jewish Press. “Living walking distance to a synagogue was not an option because of the financial burden of property taxes on land near Orthodox synagogues. It’s just not affordable.”

Greenfield, a volunteer firefighter, says “being Jewish forms my civil rights and social justice perspective because we bring with us a couple of thousand years of injustice, suppression, and being held behind ghetto walls.”

During a debate among the four candidates hosted by Albany-based media outlets WAMC public radio and NBC-affiliate WNYT NewsChannel 13, the four candidates were asked what they thought about moving the United States Embassy from Tel Aviv to Jerusalem. Three of the four hopefuls opposed the move.

Greenfield argues: “Israel is a political entity that was founded by Zionist people in particular in response to the ultimate need for haven for our people. Until such time when Mashiach arrives, we need to treat contemporary Israel as the political entity that it is and not a form of prophecy fulfillment, which it clearly is not.

“As long as that is the case, then keeping the peace so that Israel can remain a haven for us worldwide and a place of safety and sanctuary and intellectual development of the Jewish people who have chosen to live permanently in Israel as their nation is entirely dependent on protecting Israel from international warfare. This move is of deliberate inflammatory intent.”

Delgado said moving the embassy unilaterally sends the wrong signal to that region.

“Being pro-Israel and being pro-peace is critical but I’m also pro-democracy and as currently constructed, Israel is not a Jewish democracy,” Delgado stated, followed by gasps from the audience.

“Those settlements make it so that it can’t be. Given that we currently have settlements in the region, it is not to be deemed a nation of Jewish democracy. Until we deal with the settlements, we are going to have that issue. We need to have a two-state solution and in order to accomplish that we need to bring a real incredible thoughtful, responsible leadership to bear,” he said.

“Moving the embassy to Jerusalem was an inflammatory thing and the way it was done so unilaterally, so quickly, without preparation, puts everyone’s lives at risk,” said Neal. “Not just Palestinians but Israeli lives at risk. It is unnecessarily provocative. It could have been done the right way if it was a goal that everyone wanted to have.”

The only candidate to support the move was Faso, who also took exception to Delgado’s remark about Israel not being a Jewish democracy.

“Moving the embassy to Jerusalem was the right decision,” Faso said. “We should respect the point of view of the Israeli government.”

Barack Obama won this swing district in both 2008 and 2012. In 2016, Donald Trump won the district by 7 percentage points. The Democratic Congressional Campaign Committee included the district in its list of targets for 2018. Recent polls show that the freshman Faso is ahead of Delgado, who never held elected office, by one percentage point (44-43). The same polls also show Neal garners five percent and Greenfield one percent, with seven percent undecided. 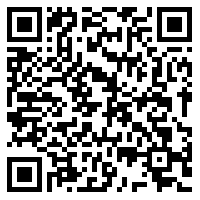