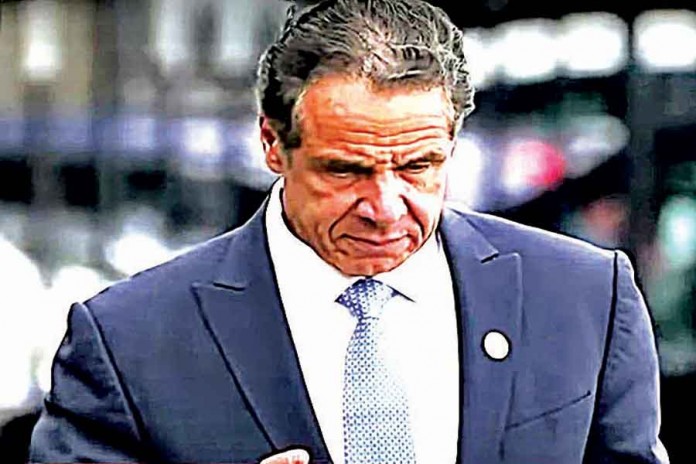 The impeachment of Governor Andrew Cuomo came to a screeching halt on Friday, August 13, when Assembly Speaker Carl Heastie announced that since Cuomo is resigning as of next week there is no need to impeach him, especially since there are federal and local law enforcement authorities searching for crimes punishable by prosecution.

“The purpose of the Assembly Judiciary Committee’s impeachment investigation was to determine whether Governor Cuomo should remain in office,” Heastie wrote in a prepared statement. “The governor’s resignation answers that directive.”


This rationale sparked a quick rebuke from one of Cuomo’s most vocal accusers and elicited a barrage of criticism against the speaker over the weekend. Some of the outrage came from women who brought the allegations against Cuomo to light, and members of the Judiciary Committee balked, calling the decision unfair and unilateral.

“The Assembly’s decision to call off its impeachment is an unjust cop-out. The public deserves to know the extent of the governor’s misdeeds and possible crimes,” Cuomo’s first accuser, Lindsay Boylan, wrote on Twitter. “His victims deserve justice and to know he will not be able to harm others.”

On Monday, August 16, Heastie retreated in embarrassment and said the Assembly probe would go forward and a report will be released.

“The Assembly Judiciary Committee will continue to review evidence and issue a final report on its investigation of Governor Cuomo,” Heastie wrote in a prepared statement. “In doing so, the committee will take all appropriate steps to ensure that this effort does not interfere with various ongoing investigations by the United States Attorney concerning nursing home data; the attorney general concerning the governor’s memoir; and local law enforcement authorities in five jurisdictions (counties) – Manhattan, Albany, Westchester, Nassau and Oswego – regarding possible criminal incidents of sexual misconduct.”

He also said, “The constitution does not authorize the legislature to impeach and remove an elected official who is no longer in office,” Heastie added. “Let me be clear – the committee’s work over the last several months, although not complete, did uncover credible evidence in relation to allegations that have been made in reference to the governor. Underscoring the depth of this investigation, this evidence concerned not only sexual harassment and misconduct but also the misuse of state resources in relation to the publication of the governor’s memoir as well as improper and misleading disclosure of nursing home data during the COVID-19 pandemic. This evidence, we believe, could likely have resulted in articles of impeachment had he not resigned.”

This justification for stalling the impeachment probe irked another one of Cuomo’s accusers.

“We took the enormous risk of speaking out about the abuse and harassment we experienced … still, the Speaker can’t muster enough courage to simply do his job,” another Cuomo accuser, Charlotte Bennett, wrote on Twitter. “He (Heastie) failed to lift a finger to make clear that New York rejects Cuomo’s behavior. Employing a lazy legal argument … the Speaker has taken the coward’s way out.”

“We do need to hear from our attorneys on the book deal, the covid deaths in nursing homes, using state resources to give preferential treatment to VIPs, campaign supporters, friends, family with respect to covid tests,” Judiciary Committee member Assemblyman Phil Steck (D-Colonie, Albany County) told The Jewish Press. “The (Gov. Mario M. Cuomo) bridge issue is an interesting issue because I have not seen any evidence that the governor has intervened in that. There is a dispute over whether the bridge is safe or not. There doesn’t seem to be any evidence that the governor said [to] tell people the bridge is safe when it’s not. The issue of whether or not the bridge is safe is extremely important. That might be an issue to be investigated by the legislature but it doesn’t have anything to do with impeachment.”

Steck wants transparency with the report, considering that a significant amount of money was already spent on compiling the data and interviewing witnesses.

“Getting information out as to what the findings were in an investigation that has basically concluded doesn’t involve millions of dollars,” Steck said. “Bringing the governor to trial might (cost that much). The investigations were fundamentally finished except for hearing from the governor as to any evidence he wished to offer, and the governor declined to offer evidence, so that step was unnecessary. He said he was not going to offer the committee any additional evidence.”

The main reason Cuomo’s opponents in the state legislature wanted to move forward with an investigation and possible conviction in the state Senate, even in absentia, was to prevent Cuomo from running for statewide office ever again.

“It’s up to the voters to decide (whether to elect him) if he wanted to run at a later date for a statewide office. That should be up to the voters anyway. That’s not for us to say,” Judiciary Committee member Assemblyman David Weprin (D-Hollis, Queens), a family friend of the Cuomo’s, told The Jewish Press. “I think at this point there will be accountability based on the investigations by the various district attorneys. If you’re worried about accountability, and we don’t know what the end conclusion will be from a legal point of view, whether it be a misdemeanor or felony, so I’m fairly comfortable with him being able to serve in public office. If he’s obviously convicted that will weigh on whether he should run for office in the future but right now the immediate crisis has been averted.”

“The governor has a huge campaign fund and he could intervene in New York politics through that campaign fund, and that might be reason to continue the proceedings. There was corruption in the executive chamber. It is a corrupt practice when you’re at that level in government, to be unwilling to say to the boss, the boss is wrong. That’s a form of corruption. It leads to bad government. It leads to bad decision making. There were some agency heads who were involved in that corruption such as the Director of Financial Services.”

Linda Lacewell, the director of Financial Services, wrote in an email to her staff shortly after Hochul announced she would clean house when she assumes the reins of power on August 25, “It has been a privilege to lead you over the past two-and-a-half years. With a new governor about to take office, it is time for me to move on and make way for new leadership. And so I have resigned my position effective August 24, 2021.”

Other opponents seem to want to air all the dirty laundry into the various probes that are underway.

“Prosecutors should go ahead with their investigations,” State Conservative Party Chairman Jerry Kassar told The Jewish Press. “I would suggest to you that a number of civil matters will be raised. I do believe that there are still investigations going on concerning the specific aspects of the cover up relating to the nursing home data. The U.S. Justice Department has not moved away from that investigation. They moved away from investigating five or six governors on civil rights violations. His resignation is a governmental resignation. He essentially fired himself from his job before someone else fired him. Justice is done when the judicial system, the criminal justice system, has a chance to take a closer look at this. The disingenuous nature of how he spoke during his resignation speech, how he always speaks about how we’re all wrong but he can’t govern anymore that just can’t stand.”

Steck, a liberal Democrat, agrees with Kassar, who is on the opposite end of the political spectrum.

“He knew everything,” Steck said of Cuomo. “He had the impression that he didn’t [have to] respect the members of the legislature. The fact that he has $13 million to run for governor does not make his views superior to anybody else’s. This system that we have, that enabled a form of corruption, I would analogize it to Richard Nixon. Nixon was impeached because of the imperial presidency. It’s the idea that the President was aggrandizing to himself the power that he didn’t have. That’s the same thing with Andrew Cuomo.”

In the past 15 years 10 major statewide political figures have resigned from office, including a comptroller, attorney general, two governors and another who decided not to run for another term, a congressman, an assembly speaker and three Senate majority leaders. All but one of those offenders was a Democrat and all had varying transgressions that led to their most embarrassing political moments and governmental downfalls. 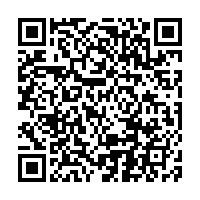