Governor Andrew Cuomo announced on Tuesday that he plans to meet with Orthodox Jewish leaders to address the clusters of COVID-19 in their communities “downstate.”

According to Governor Cuomo, “We have seen hotspots before, but this is probably the largest cluster that we have addressed before, and the clusters are Brooklyn, Orange, Rockland. The activity in the cluster is very different than what’s going on in the rest of the state. That’s actually good news in some ways because you have effectively identified the genesis of the potential growth of the virus. Once you have the information, you aggressively target these clusters. These are embers that are starting to catch fire in dry grass. Send all the firefighting equipment and personnel to those embers and stamp out the embers right away. That’s what this data does. Local governments are the first line of defense and they must respond. Competent government must do compliance and enforcement. A cluster today can be community spread tomorrow.”

According to the NY Daily News, NY State’s worst “cluster” is in the mostly-Satmar town of Kiryas Joel in Orange County, where 19% of the tests Monday came back positive. Two other areas, in Rockland County, had 10% and 9% rates. In some Brooklyn and Queens neighborhoods, the rates are around 5%.

NYC Mayor de Blasio on Tuesday cited the clusters of coronavirus in Brooklyn and Queens and vowed that the city will enforce the strict wearing of masks and other steps in those hot spots, which include Gravesend/Homecrest, Midwood, Kew Gardens, Edgemere/Far Rockaway, Borough Park, Bensonhurst/Mapleton, Gerritsen Beach/Homecrest/Sheepshead Bay, and Flatlands/Midwood.

According to the Daily News, the outbreaks in Orthodox Jewish neighborhoods, as well as other parts of Brooklyn and Queens, have by now pushed NY City’s infection rate to 3.25%, after months of successfully keeping the rate at around 1%.

“This is an inflection point,” Mayor de Blasio said. “We have to take more action at this point and more serious action and we will be escalating with each day depending on what we see happening on the ground.”

The Governor noted that 20 hotspot ZIP codes on Monday reported a 5% positive rate. Areas that have high positive rates will be subject to focused testing efforts including access to rapid testing machines. These ZIP codes include: 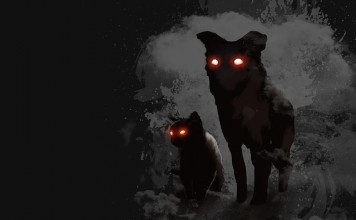 The Enemy Within – Phantom Nation [audio]