When Jeannette Bogart, author of many cookbooks and host of cooking videos, and her husband, Fred, a gold trader for a prominent New York City bank, who live in Mamaroneck, NY, and Boca Raton, FL, were told in late May by Friends of the Israel Defense Forces (FIDF) about an IDF synagogue that was recently destroyed by a Hamas rocket, they donated $60,000 to fix the damage.

The rocket his the synagogue which serves the IDF base in Kissufim, adjacent to the Gaza Strip. The base is home to 414 Nesher Field Intelligence Battalion and a number of infantry units. The synagogue was seriously damaged, as was a Torah scroll.


“We feel privileged to be able to contribute to the wonderful efforts of Friends of the IDF in supporting the brave men and women of the IDF,” said Fred Bogart. “These soldiers risk their lives to defend the Jewish homeland on the Gaza border, so helping to restore this place of spirituality is an honor for us.”

The Bogarts will be recognized for their donation with a plaque in the synagogue. They will be invited to the synagogue’s reopening and have an opportunity to meet the soldiers and commanders of the Kissufim Base.

FIDF is still looking for $43,000 to replace the Torah scroll.

“Rebuilding the synagogue will raise the morale of the soldiers, and return a center for prayer, celebration, and spirituality that was lost,” said FIDF Palm Beach/Broward Executive Director Susan Levin-Abir. 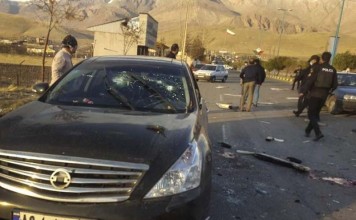