New York State Governor Andrew Cuomo says his government has put together a special unit of the State Police to deal with the rising threat of anti-Semitism in New York. “We have made it clear that there will be no tolerance for these acts of anti-Semitism,” he said Sunday in his visit to the Yad Vashem Holocaust Memorial Center with Israel’s President Reuven Rivlin, where the governor laid a wreath in the Hall of Remembrance.

Governor Cuomo’s visit to Israel comes a day after a primarily-Jewish cemetery in Brooklyn became the latest casualty in a series of anti-Semitic attacks across the United States.

A number of headstones were toppled in the historic Washington Cemetery on Saturday, the latest in a string of similar acts of vandalism that resulted in hundreds of headstones being damaged at cemeteries in Rochester, NY; St. Louis, Missouri and Philadelphia, Pennsylvania.

There has been a general rise in anti-Semitic incidents in the United States that includes 90 bomb threats that were called in to Jewish Community Centers, Jewish Day Schools, two offices of the Anti-Defamation League (including its flagship headquarters in New York City) and even a Museum of Jewish History. After the wreath laying ceremony, both President Rivlin and Governor Cuomo gave brief statements to the media.

“In recent weeks a dark, bad, evil wave of anti-Semitism has struck the United States,” President Rivlin told reporters, and just last night another attack on a Jewish cemetery in Brooklyn.”

Thanking Cuomo for his visit, he said, “Your arrival to Israel at this time is an extremely important signal that the American people and government will not let anti-Semitism win. On behalf of the State of Israel, I would like to express our appreciation for your visit and for the clear and powerful message you have sent.

“The same appreciation goes to President [Donald] Trump, who condemned the recent attacks. And we are deeply touched by Vice President [Mike] Pence who went and gave a hand – and a voice – in fixing the broken gravestones. The fact that so many Christians and Muslims came to aid the Jewish communities sends the clearest message against racism and hatred. It is a sign of great hope and civil courage.

“In the time of the Shoah (Holocaust) few places were safe for Jews. As death was covering Europe, danger followed after the Jews of North Africa, and even the Middle East. The United States was a rare island of safety. We can never, ever, let that change. There is one lesson from the Holocaust: Never Again. Jews must be safe wherever they are in the world, especially, and specifically, in the United States. Let us see none of this again.”

Governor Cuomo noted in his response, “Yad Vashem is a living reminder of what the Jewish people went through, and what this world allowed them to go through. It reminds us all of the potential danger. We must live by the rules that an abuse to one, an affront to one, is an affront to all, and that large fires start as small fires; we will have zero tolerance for any abuse or discrimination of any fellow human being.

“It is disgusting, it is reprehensible, it violates every tenet of the New York State tradition. New York State by its definition is a celebration of diversity, it accepts all who believe in the spirit of inclusion, and who live by discrimination of none.

“To the people of Israel, I say that these acts of anti-Semitism will not be tolerated, New York State has reacted aggressively with extraordinary measures, more aggressively than any other state in the nation, I am proud to say. We have posted rewards, we have put together a special unit of the State Police – we have made it clear that there will be no tolerance for these acts of anti-Semitism.”

He added, “My sadness is that now another generation of young people has had to experience this pain, a pain that for many young people was only in the history books is now very much in their daily lives. These acts of anti-Semitism have also transpired on college campuses, so an entirely new generation has been exposed.”

He concluded, “This trip has two purposes; number one, while some would weaken the relationship between the people of the State of New York and our Jewish brothers and sisters, the purpose of this trip is to strengthen those relationships through cultural exchange, through economic development partnerships, and we’ll be working on them. The second purpose of this trip is “Hineini”, I am here, I have been here before, and I will be here again. Our relationship is enduring, the relationship between the Jewish community and the people of the State of New York is built on mutual support and respect, it is built on love, and that will not change, and you have my word on that as a representative of the people of New York.”

Earlier today, President Rivlin met at his residence with a delegation from the Simon Wiesenthal Center in Los Angeles. He told them, “Ever since the Wiesenthal Center was founded, it had very clear mission: to bring the Nazi criminals to justice, and to remember, and to educate people from all over the world about the Holocaust.”

The President recalled that the late Simon Wiesenthal had said, “Hope lives when people remember”. The President added, “Without hope, the next generation will not be able to find motivation to move forward. And without memory, our way forward will not have, any clear direction. This is why your mission is so important,” he told the delegates, “because it cares for both, memory and hope”. 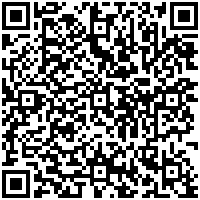