Two Orthodox Jewish groups and the Catholic Diocese of Brooklyn have asked the Supreme Court this week to suspend New York Gov. Andrew Cuomo’s restriction on Houses of worship in the coronavirus red zones, limiting services to 10 people.

Agudath Israel of America, Agudath Israel of Kew Gardens, Agudath Israel of Madison, and Rabbis Yisroel Reisman and Steven Saphirstein, complained to the Supreme Court that “the Governor publicly asserted that other Orthodox Jews had violated his prior rules, and therefore the Governor imposed severe restrictions on worship across several Orthodox Jewish neighborhoods. … Applicants themselves are not alleged to have violated any public health or safety rules. To the contrary, they have carefully and successfully complied with mask requirements, social distancing, and capacity constraints, yet the Governor’s guilt-by-religious-association restrictions have made it impossible for applicants and their members to exercise their religious faith.”

On October 8, Brooklyn federal Judge Kiyo Matsumoto rejected a request to block Gov. Cuomo’s capacity restrictions in synagogues, ruling that the state restrictions did not violate the constitutional right to free exercise of religion for Orthodox Jews.

“Plaintiffs failed to show, among other things, a likelihood of success on the merits of their claim that [the governor’s order] is otherwise unconstitutional or violates the free exercise clause,” Judge Matsumoto wrote in his ruling.

Now Bishop Nicholas DiMarzio of the Roman Catholic Diocese of Brooklyn is asking the US Supreme Court to strike down the same executive order, pointing to discrimination on the part of Gov. Cuomo, who restricts the number of congregants in houses of worship while opening up retail businesses next door.

Last May, the Supreme Court voted 5-4 in favor of California Gov. Gavin, who had limited church attendance to 25% of capacity. Gov. Newsom was sued by the South Bay United Pentecostal Church, who also cited discrimination in favor of retail businesses at the expense of churches and theaters.

This time, the petitioners are relying on the addition to the Supreme Court of Justice Amy Coney Barrett, who is renowned for her religious devotion. Her opinion on these cases would go a long way to reveal her judicial agenda, having kept mum on wedge issues such as abortions and the Affordable Care Act.

Another plaintiff seeking relief from the court is Calvary Chapel Dayton Valley, a church in rural Nevada that lost its appeal in July, against Gov. Steve Sisolak’s restriction of 50 congregants in any religious services, while at the same time permitting casinos to admit more customers. 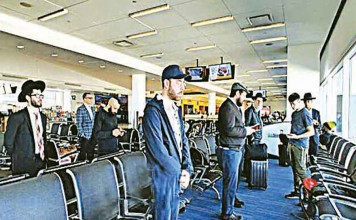 Is it proper to daven in public in a large minyan (such as at a highway rest stop or in an airport)? 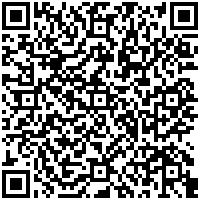