The Likud movement this week urged Attorney General Avichai Mandelblit to launch an investigation against the chairman of the newly hatched Democratic Israel party, Ehud Barak, regarding his business ties with accused pedophile, multimillionaire Jeffrey Epstein.

According to the Miami Herald, as many as a dozen women have so far come forward with new allegations of sexual abuse against Epstein. Many of the alleged victims were underage at the time of the alleged crimes. Meanwhile, according to the NY Post, Epstein’s attorneys have offered to put up his $77 million Upper East Side townhouse and his private jet as collateral for being allowed to live under house arrest with an ankle monitor while he is awaiting trial for child sex trafficking.

“In the long years that Barak sat on the political sidelines, he did not do what’s called ‘wonderful things,'” Zohar said. “The same man was celebrating at parties with Jeffrey Epstein, who was accused today of pimping minors. He (Barak) received $2.3 million from the Wexner Foundation, which he does not deny. And Epstein was the sole donor of that foundation.”

The Wexner Foundation, established by the owner of Victoria’s Secrets, focuses on the development of Jewish leaders in North America and in Israel, and was a large client of Jeffrey Epstein’s, who in return reportedly contributed a fortune to the foundation.

The Likud petition to the AG mentions a photograph of Ehud Barak leaving Epstein’s apartment in 2016, noting Barak was so close to Epstein, his name appeared in Epstein’s black book. The Likud demanded an inquiry as to whether Barak no longer received grants from the Wexner Foundation past 2006, implying the grants continued under a different definition.

Ha’aretz reported on Thursday that Barak was partners with Epstein in a 2015 investment in a startup company working on developing live video reports to emergency centers. Barak is the sole proprietary, but according to the report Epstein put up the bulk of the money, making him a de facto major partner. 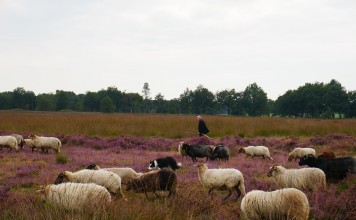