A group of girls from a religious Jewish camp in the area of Woodburne, New York has been found safe after an hours-long search and rescue mission was suspended at 10 pm Monday due to weather conditions.

Officials said more than 200 girls were unaccounted for after they were believed to have taken out rafts at a designated spot along the Lehigh River in Pennsylvania as part of a tour from Whitewater River Adventures.

Many, however, had missed the mark due to fast-moving river conditions. The current was moving faster than usual due to the recent heavy rainfall in the area. Those who missed the spot where they were supposed to exit with their rafts instead continued downstream another four miles south to the next exit point as they had been instructed to do, before setting out, and then exited safely.

Authorities said some 40 girls were rescued by water personnel after rafts were overturned and sunk, and became stuck in trees, Lehigh Valley Live reported.

Late in the evening, the rafting company said all missing rafters had been accounted for, with only one minor injury reported, according to WFMZ-TV. 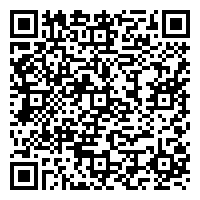