We all want to move on from this pandemic.

The only way we can do that is to ensure that everyone is vaccinated, and particularly those who are taking care of the people who are sick. pic.twitter.com/rbEuiog2um

The move follows an order issued last month by the New York State Health Department, mandating all healthcare workers to get at least one COVID-19 vaccine shot by September 27.

Some 5,000 out of 43,000 healthcare workers in New York City’s 11 public hospitals were not vaccinated, according to NYC Health & Hospitals Corporation director Dr. Mitchell Katz.

He said during Mayor Bill de Blasio’s daily news conference that unvaccinated workers would have a chance to get their first shot when they arrived for work on Monday, but if they refused they would be sent home without pay.

“To all of our health care workers who’ve been vaccinated – I thank you for stepping up to keep New Yorkers safe and healthy,” she said.

“Last night, I took bold action and signed an executive order that will alleviate potential staffing shortages in our hospitals and other health care facilities across New York State,” Hochul said Tuesday in a tweet.

As of Monday evening:

“I’m talking with leaders across the state – hospital administrators, local government officials, health care groups, and more – to let them know they have our full support as they navigate potential preventable staffing shortages,” she added in a separate tweet.

As of Monday evening, 92 percent of nursing home staff, 89 percent of adult care facility staff and 92 percent of hospital staff had received at least one vaccine dose “according to preliminary self-reported data,” Hochul said.

Northwell Health has some 76,000 employees.

“A few hundred unvaccinated leaders were contacted last week to take urgent action in regards to getting the shot,” a Northwell spokesperson said in a statement reported by the New York Post. “About two dozen of them who were still not vaccinated were exited from the system.”

Some hospitals in the state have been forced to postpone elective surgeries and/or curtail other services due to the staff shortages caused by the mandate.

New York is the first US state to implement a health care worker vaccine mandate. 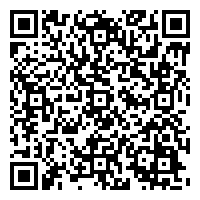