Terminal 4 at New York City’s JFK International Airport was cleared Sunday in response to a “security incident” at the terminal.


NYPD bomb squad and police detectives were summoned to the airport to scour the terminal after a suspicious package was found.

Despite the unfolding chaos, Chabad of the Airport continued to work outside, putting on Tefillin with a number of Jewish passengers who now had extra time on their hands, Anash.org reported.

The terminal reopened about half an hour later, with the bomb squad giving an “all clear.” The package contained a common household product that had a component the NYPD K9 officers are trained to detect, CBS News reported.

The incident took place on one of the busiest travel weekends of the American calendar year – the eve of the country’s Fourth of July Independence Day celebrations.

Although an NYPD SWAT vehicle is often parked in front of the terminal, which houses Israel’s national carrier, El Al Airlines, there were many more police vehicles parked there while security personnel were investigating the threat.

The airport warned passengers to expect traffic delays in the area following the incident. 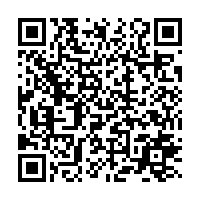