New York City has issued a new mandate for all private businesses in the city to require their employees be inoculated with the COVID-19 vaccine.

The new mandate applies to all private-sector workers, raises the required proof to two doses of the vaccine and must also be produced by children ages 5 to 11 when entering indoor dining or at entertainment venues.


The mandate does not apply to state employees such as MTA workers. It will, however, apply to roughly 184,000 businesses, according to NYC Health Commissioner David A. Chokshi, MD.

Among those affected are synagogues, Jewish girls’ schools, yeshivas and Jewish day schools.

The mandate is set to go into effect on December 27.

NYC is a global leader when it comes to #COVID19 recovery. We’ve proven that with vaccine mandates and incentives, we can beat this virus.

Now we’re taking another step towards the future — a private sector employee vaccine mandate. Together we can save lives and move forward. https://t.co/SjxNUla4oJ

Mayor Bill de Blasio announced the new mandate on Monday, calling it a “preemptive strike” in the fight this winter against the coronavirus, and particularly in view of the emerging Omicron variant of the virus.

“We’re going to announce a ‘first in the nation’ measure,” he said in an interview on “MSNBC’s ‘Morning Joe’ program, adding the mandate is intended to maximize vaccination quickly “so we can get ahead of Omicron and all the other challenges we’re facing right now.”

New York City Council member Kalman Yeger of Brooklyn slammed the new requirement, saying in a tweet, “The mayor does not have the legal authority to issue any such mandates. I don’t know why he thinks this is a good use of his last three weeks in office, but it really isn’t.”

Council Minority Leader Joe Borelli likewise condemned the mandate, pointing out the new mandate will disqualify 28 percent of the city’s residents from working.

In the Bronx, with 15% unemployment, 28% of residents will no longer be eligible to work on Dec 27, including 44% of black young adults, as a result of de Blasio’s vaccine mandate for the private sector pic.twitter.com/gtx7XncIDR

At present in the city there are seven known cases of the variant, according to state data published Saturday. 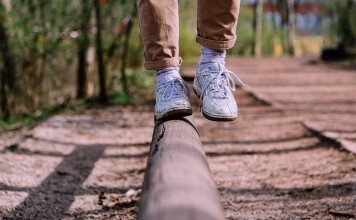