A lawsuit was filed this week against New York’s Fordham University by students acting as a proxy for the international Students for Justice in Palestine (SJP) organization, a virulently anti-Israel entity that actively promotes the Boycott-Divest-Sanctions movement and agitates against Israelis and other Jews on campuses around the world.

At Fordham University, the suit was filed this week by the students whose November 2015 application for the club was finally denied by the school more than a year later. They are arguing the school’s denial of their application is “viewpoint discrimination” and a violation of Fordham’s policies regarding free speech, and possibly a violation of laws regarding racial and religious discrimination as well.


The students are represented by Alan Levine, cooperating counsel for the Center for Constitutional Rights (CCR) and Palestine Legal.

According to a report posted online by Palestine Legal, the SJP “intended to organize educational events… about Palestinian human rights” on the university’s Lincoln Center campus.

A joint letter from Palestine Legal and the Center for Constitutional Rights issued this week states, “All evidence indicates that the denial was based on the viewpoint of students’ message and/or their national origin,” and goes on to say that the four original applicants for the SJP chapter’s executive board included three Muslims and one “Palestinian-American” whose religion is not specified.

“The denial violates free speech and association principles… and could give rise to a violation of Title VI of the Civil Rights Act,” the letter goes on, claiming the university denied the application on the basis of race and/or religious discrimination.

The university responded to Palestine Legal in a statement issued by spokesperson Bob Howe: “Fordham has no registered student clubs the sole focus of which is the political agenda of one nation, against another nation,” it said.

“For the university’s purposes, the country of origin of the student organizers is irrelevant, as is their particular political stance. The narrowness of Students for Justice in Palestine’s political focus makes it more akin to a lobbying group than a student club. Regardless of the club’s status, students, faculty and staff are of course free to voice their opinions on Palestine, or any other issue.”

The application for the club was filed by the students in November 2015. After repeated delays, the university finally denied the application, according to a report posted online January 18, 2017 by Inside Higher Ed, which noted that Fordham University is a Jesuit (Catholic) institution. The reasons for the denial were cited in a Dec. 22, 2016 email from Keith Eldridge, the dean of students at the Manhattan campus, and quoted in the Inside Higher Ed article.

“While students are encouraged to promote diverse political points of view, and we encourage conversation and debate on all topics, I cannot support an organization whose sole purpose is advocating political goals of a specific group, and against a specific country, when these goals clearly conflict with and run contrary to the mission and values of the university,” Eldredge wrote.

“There is perhaps no more complex topic than the Israeli-Palestinian conflict, and it is a topic that often leads to polarization rather than dialogue,” the letter continued. “The purpose of the organization as stated in the proposed club constitution points toward that polarization. Specifically, the call for boycott, divestment and sanctions of Israel presents a barrier to open dialogue and mutual learning and understanding.”

The SJP agitates on college and university campuses across the United States and Canada, Ireland, Scotland, Britain, Wales, Australia, and New Zealand, consistently demonizing Israel and comparing Israelis to Nazis in its literature and other propaganda. 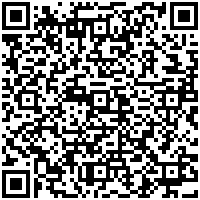