Rabbi Michael Broyde, a leading Modern Orthodox rabbi and dayan, admitted to using a fake persona to join a rival rabbinic organization and herald his own work in scholarly journals.


A lengthy article on The Jewish Channel last Friday detailed how Rabbi Broyde – who once was said to be on the short list of candidates to become the next chief rabbi of the United Kingdom – used the name “Rabbi Herschel Goldwasser” to join the International Rabbinic Fellowship (IRF), an Orthodox rabbinic organization considered to the left of the RCA; herald his own scholarship; and correspond with other rabbis.

Shortly after the report appeared, Rabbi Broyde, who is also a professor of law at Emory University, wrote in an e-mail to the IRF: “I realize that being an IRF member through a pseudonym was inappropriate. I am sorry. Please understand that no malice was intended and my participation was not intended to interfere with the growth or success of the IRF.”

In his apology letter, Rabbi Brodye claimed that the fakery ended three or four years ago and that recent posts under the Goldwasser pseudonym were authored by someone else.

In the e-mail, Rabbi Broyde said he and a friend, whom Rabbi Broyde does not name, used the pseudonym Goldwasser. Rabbi Broyde even used the fake persona to argue with himself on discussion boards.

Rabbi Broyde issued a public apology on the popular blog site Hirhurim, where he has been a frequent guest contributor. In it he admitted that he had erred in using the fake name to join a professional organization, an action for which he said he was “truly and genuinely sorry.” But on the wider use of a pseudonym, Rabbi Broyde wrote that he did not find it particularly harmful, noting that writing under an assumed name has a long history in Jewish discourse.

He concluded the post: “I publicly express here my apologies to those who were deceived by my pseudonymous writing.”

The online reaction has been mixed. Many of Rabbi Broyde’s detractors have pointed out that a dayan cannot serve if he has a credibility gap, and Rabbi Broyde’s actions have given him a big one.

One anonymous commenter to Rabbi Broyde’s article on Hirhurim wrote, “This article is not a real apology. You did something stupid and got caught, time to stop using lawyer language and start being honest.”

Another, going by the handle “Not impressed” wrote, “How is anyone impressed with this apology. This is non-apology apology at its worst.”

Rabbi Eliyahu Fink, rabbi of the Pacific Jewish Center in Los Angeles, wrote a lengthy post on his blog, finkorswim.com. In an e-mail to The Jewish Press, he stressed that he was not defending Rabbi Broyde, whom he called one of his heroes in his post, but simply “providing perspective.”

In the post he wrote, “It’s not so bad, but it’s bad. It’s bad because rabbis need credibility. Creating alter egos is a credibility issue. It gives others the sense that one cannot be honest and truthful or real in their professional life. A public figure pretending he is someone else shows a character flaw because it means that we are not able to stand behind our statements. But when the fake account is used to bolster one’s real life work, the issue becomes worse. It’s a way of falsely propping up one’s ideas. Sure, it should not matter how many people agree with someone when deciding the merits of one’s argument, but the reality is that people are drawn to ideas that have approval. For that, one could say that Rabbi Broyde perpetuated a fraud on the endearing public. It is akin to falsifying earnings reports to boost a stock price.

“On the other hand, it’s not so bad because no one was really harmed. Nothing really changed. It doesn’t really matter if he was posting things as himself or an anonymous pseudonym. It feels wrong, but no one has really been hurt here. In fact, many great rabbinic works have been written anonymously or pseudonymously.”

Rabbi Jonathan Rosenblatt, senior rabbi of the Riverdale Jewish Center, told The Jewish Press, “Rabbi Broyde possesses an extraordinary combination of talents and has made monumental contributions already, even if he never wrote another word. My hope is that we will find a way to access those gifts again for the good of Klal Yisrael.

“I do not believe he is an evil man; he did some misguided and hurtful things, but there is great goodness in his character. I don’t believe that the Almighty sent his gifts into the world and did not intend for us to find a way to use them.”

The IRF issued a statement, which said, in part, “As a prominent dayan of the BDA, rabbi and posek, Rabbi Broyde’s actions are all the more saddening and shocking. Honesty and yashrut [integrity] must be the hallmarks of all Jews and especially who occupy positions of leadership in the community.”

In it, Rabbi Broyde said, “I am hoping and praying that our community will give me a chance to continue in some of the productive roles that I have had. I hope that there is still a capacity to forgive me for my mistakes.

“I recognize that this was a terrible ethical mistake and I have to accept all responsibility for it and ask for mechilah from everyone whom I hurt in this.

“A foundation of what we do as rabbis is build trust and I do understand that the trust has been broken, but I ask again for mechilah and the opportunity to rebuild that trust.

“Of course, I have learned from this and would never ever do anything like this again. Speaking about my own internal teshuva process is very hard for me but I am deeply reflective in some ways about my life and in my teshuva process; I hope that everyone understands that.” 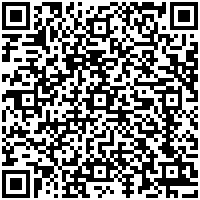