In a show of interfaith unity, faith leaders from across the city gathered on the steps of City Hall Tuesday afternoon to call for security funding for houses of worship. Organized by Councilman Chaim Deutsch, the rally was attended by dozens of community members and activists representing a variety of ethnicities and religious backgrounds.

“In the wake of tragedies in Poway, Pittsburgh, New Zealand, and Sri Lanka, it is clear that our houses of worship are vulnerable to threats,” said Councilman Chaim Deutsch.

“New Yorkers of faith deserve to be safe as they worship – it’s as simple as that. Houses of worship need a layer of protection to keep congregants safe, such as an armed guard. Every time a tragedy occurs, every City and State leader rushes to the nearest house of worship to extend thoughts and prayers to the victims – but where will these leaders be NOW, as we ask them to step up proactively and fund security?”

Councilman Kalman Yeger, who this week is introducing a bill calling for armed security guards at houses of worship, also participated in the rally.

“Government has certain very basic obligations,” Yeger said. “The most predominant of all is to keep its citizenry safe. We have to know we will be protected in our houses of worship, in our sanctuaries of peace.

“We have seen synagogues, churches and mosques under attack all over the world, in the United States, and here in New York.

“We know that the Mayor cares deeply about our security. Our bill will allow any house of worship to hire a private security guard, submit for reimbursement, and have the City pay the bill. This is our City and our money, and safety in our houses of worship is our most fundamental right.”

Majority Leader Laurie Cumbo said, “”It’s a proud moment when we can come together as leaders and advocate for better protections at our houses of worship.”

Eric Goldstein, CEO of the UJA Federation of New York said, “There are few needs more urgent and self-evident than the need to protect our houses of worship. We need to come together in recognizing that this is not a Jewish issue, this is not a Muslim issue, and this is not a Christian issue.

“This unites each and every one of us, and unless we come together, we will not be able to combat the hatred that has led to the current situation.”

Father Myles Murphy, pastor of the parish of Our Lady of Victory and St. Andrews in Lower Manhattan said, “It’s very sad that we have to be here in the first place, but the reality is that we need to deal with the situation as it is.

“One of the most basic human rights is the right to worship in one’s own denomination. We as a city and we as a nation must wake up and do what is necessary to protect all of Gods people.”

Kashif Hussain, Muslim community leader and founder of the Pakistani American Youth Society said, “I’m proud to stand here with my brothers and sisters of different faiths and communities as we call on Mayor de Blasio to fund houses of worship security.

“Across the world and across this great nation, we have all lost someone to hate or gun violence. I ask you – are we going to wait for something horrible to happen right here in our City, or are we going to be proactive in securing our houses of worship?

“Houses of worship are places where we shouldn’t have to fear for our lives… Let’s not be among those who wait for calamity to fall on them.”

Michael Miller, CEO and executive Vice President of the Jewish Community Relations Council of New York said, “At this time, our houses of worship are not in need of first responders. What is vitally needed are first protectors! We thank Council members Deutsch and Yeger for their initiative which calls for the City’s funding of houses of worship security.” 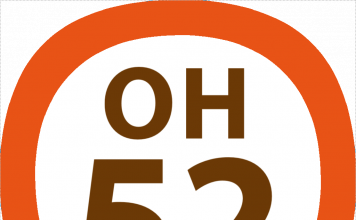