The Jewish Community Center of Sullivan County, N.Y., is launching a massive voter registration drive in response to new zoning changes proposed by the Town of Fallsburg that could limit future growth in the area, limiting the amount of children per acre to just five, said Shalom Halpern, a representative of the JCC.

The zoning changes, still a work in progress being developed by a steering committee, would likely affect about 30 camps and bungalows in Fallsburg, which includes South Fallsburg, Mountaindale, and Woodbourne, major hubs of Jewish summer developments in the Catskills.


Fallsburg town supervisor Steven Vegliante said the proposed zoning laws will be focused on making a logical path toward a pro-development town and upgrading water and sewer systems to accommodate residents. They will focus as well on reducing density in rural areas and expanding areas outside of the hamlets.

“We recognize the camps’ need to exist and expand; we just want them to do it safely,” said Vegliante. “It’s about fairness and safety.”

But to Orthodox summer residents, the zoning proposal, with its restrictive laws on building, is an effort to curb the growth of Jewish camps and communities. In addition to permitting just five children to an acre, the new laws will prohibit the erection of duplexes (attached houses) and require a 175-foot setback from the road before a new development is constructed.

In response to the proposal, the JCC held a meeting on July 9 with representatives from each camp to discuss the implications of the new laws and the toll they are already taking. A Silver Pond resident said the new zoning laws would prevent him from rebuilding his bungalow because of the restrictive rules.

“Its essentially rendering his land and bungalow worthless,” said Halpern.

To counter the zoning changes, the Sullivan County JCC is focusing on getting the summer residents in Fallsburg to cast their ballots. “The public needs to get involved and understand there is a lot more clout to everyone’s vote,” said Halpern.

The revenue generated by Orthodox summer homeowners reportedly makes up more than a third of the town’s $18 million annual budget. “What is happening now is a classic example of taxation without representation,” said Halpern.

Despite their firm stance against the proposed laws, Grunhut and the JCC understand the need for compromise. “We hope to live in harmony with local residents,” said Grunhut. “We demand their respect but we should learn to live together in harmony and respect each other.” 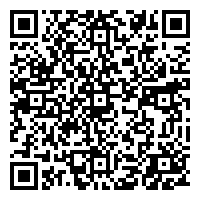