In response to community objections, a prominent Brooklyn synagogue will not proceed, for the moment, with the construction of a 65-foot annex to its main building, according to several members of the Syrian Orthodox community in Brooklyn who asked not to be named. However, they will most probably not permanently shelve the project altogether.

Congregation Shaare Zion’s plan was to turn the two-story property it owns next to the shul into a six-story building housing classrooms and more prayer space.

The main building, located on Ocean Pkwy, between Avenues T and U, has a capacity of just over 1,000 people, while the shul’s membership has swelled in recent years to 670 families.

At a Community Board 15 meeting that was open to the public two weeks ago, five area residents, including members of Shaare Zion, spoke out against the proposal. No one spoke in favor of it. When the vote was tallied, the board rejected the proposal by a count of 19 to 13. (Five or six board members, who are also members of Shaare Zion, did not vote to avoid a conflict of interest.) The board’s vote is only advisory and does not preclude the shul from trying to obtain an official variance from New York City’s Board of Standards and Appeals to erect a building taller than 35 feet.

“Right now, the project is on hold because the community is not for it,” said one Shaare Zion member with knowledge of the shul’s plans. “It’s not going to proceed. Maybe in a year or two, but not now.”

However, Edmond Dweck, a member of the Syrian Orthodox community and a member of the community board’s zoning and variances committee, said that it is unlikely they will permanently disband with the expansion plans. He said the two sides will probably have to come to a compromise – one that he recommended is to build the annex only up to three stories, within the 35-foot limit.

Opponents of the expansion – mostly neighbors of the synagogue – said that the proposed building would block their sunlight and more people would start to attend services, increasing traffic and parking difficulties in the area.

The shul had originally said the expansion’s purpose was to accommodate the current number of worshippers, not to make room for more.

Opponents also expressed concern that the synagogue’s current banquet hall would expand and the accompanying garbage from catered affairs, as well as the increase in pedestrians and valet-induced traffic, would make the already-busy area even more intolerable, according to Dweck. Dweck said, however, that according to the plans submitted by Shaare Zion, the catering facility would not be expanded.

“They really are in need of additional space for classes and services,” Dweck said. “They are currently very tight there.”

The congregation started in the 1940’s in the home of a local resident, and then moved into its current location in 1960. The synagogue was designed by the noted architect Morris Lapidus and includes a main sanctuary – often referred to as “the Dome” – that seats some 400 people. The annex building was purchased by the shul in the late 1980’s.

The synagogue and its lawyer, Lyra Altman, did not return multiple calls for comment. 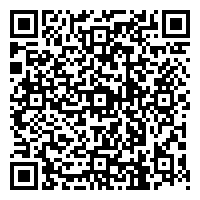