Election season is all about unity. It is a time when all Americans, regardless of race, gender, or religion, gather to vote for individuals who will best represent their communities. Some of the candidates running for office are elected officials we’ve known for years. These politicians have become household names, making us feel both comfortable and safe. Then there are the candidates who come from nowhere, the candidates who reignite sparks of hope in all of our hearts, and make us believe that change is possible.

The election season in Brooklyn is no different. As a borough with one of the most eclectic mixes of ethnicities in all of America, voting for representatives is very important to its inhabitants. The parents of many of the Italian-Americans, Asian-Americans, Russian-Americans, Jewish-Americans, and African-Americans that will be voting in the Brooklyn polls were once immigrants, making voting incredibly symbolic. Many of the candidates themselves stem from diverse backgrounds, having parents who emigrated from all over the world. Brooklyn is a melting pot, and its elections prove it. Most of the candidates in the Brooklyn elections run to help their communities and its people in unprecedented ways. This is the American dream, and they have grabbed it by its horns.


“I have always been one who believed that politics is a vehicle to make a difference in the lives of people,” State Committeewoman Olanike Alabi told Patch.com. Alabi is running for reelection for State Committewoman/District Leader of the 57th Assembly District, which includes the neighborhoods of Clinton Hill, Fort Greene, Crown Heights, Bed-Stuy, and parts of Prospect Heights. She is running against two opponents in the upcoming September 13th Democratic primary – male Democratic District Leader Walter Mosely and former State Department of Education official Martine Guerrier.

Alabi, the daughter of Nigerian immigrants, has worked really hard on behalf of her community. She is a pioneer in social justice reform and is a strong advocate for the labor movement. She gives back whenever she can. When she isn’t in the office you can find her volunteering at the Clinton Hill Brooklyn Public Library branch or at Teen Lift – a program serving inner city youth, by offering tutoring and assistance with college.

In 2006 Alabi was elected as the Democratic State Committeewoman of the 57th Assembly District. Ever since the election she has taken charge and instituted change. She has organized annual community food drives, has worked with spiritual leaders to assist citizens, and has funded legal clinics. Due to her incredible work she has received endorsements from New York City Public Advocate Letitia James, U.S. Representative Yvette Clarke, State Senator Jesse Hamilton, and many more prominent individuals. Alabi promises that if reelected she will go the extra mile to help her community’s elders and youth.

Schack is running against Coney Island community activist, Bigette Purvis, who will most likely be tough competition, even for a seasoned and well-known politician like Schack. Assemblywoman Pamela Harris has put her support fully behind Schack.

Schack recently lost her husband, Justice Arthur Schack, who was a renowned and beloved New York State Supreme Court Justice. Even though she is mourning the passing of her husband of 42 years, she is willing to set aside her emotional state to help her community’s constituents.

What makes a great politician lies in his/her dedication to institute change, and Charles Ragusa, State Committeeman/District Leader of the 47th Assembly District, says that he’s been changing his community for more than 50 years. Ragusa is once again running for reelection for a position which he was first elected to in 1982. However, Chinese-American Billy Thai might upend his reign.

Ragusa has been in the game for a long time, and recently he has proposed a plan to utilize Calvert Vaux Park, Kaiser Park, Marine Park and Jamaica Park for field biology programs. He says this would create jobs and educational opportunities for students. Ragusa told the Bensonhurst Bean, “Ecotourism provides a significant portion of the economy of other states, for example, Alaska, as well as for the nation of Costa Rica. New York City is sitting on top of a financial and educational bonanza that is literally at our doorstep.”

Linda Minucci, State Committeewoman/ District Leader of the 50th Assembly District, is working hard to hold on to her seat in the district leader position against Emily Gallagher, 32. 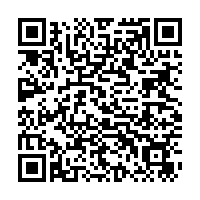