Israel Police denied a request submitted by a group of nationalist organizations to protest President Joe Biden’s visit to eastern Jerusalem later this week. The Regavim movement responded, saying, “Lapid agrees that eastern Jerusalem is not part of Israel’s capital.”

Ahead of Biden’s visit, and in response to reports that Israel will allow the presidential delegation to visit eastern Jerusalem without official coordination with or an escort by the Israeli government, the Zionist organizations Regavim, The Sovereignty Movement, Im Tirtzu, The Bithonistim, Ad Kan, and ZOA submitted a permit request to the Police for a protest vigil along the route of Biden’s entourage, “to clearly demonstrate the Zionist view on Israeli sovereignty over its unified capital, and to sound the alarm against the government’s failure to express the basic Zionist principle of Jerusalem as the undivided, eternal capital of the sovereign State of Israel. “


Israel Police denied the permit request, claiming that all roads along the route to the proposed demonstration site would be closed during the presidential visit. In a Police Regional Headquarters hearing of the request Monday morning, two alternatives were proposed: the demonstration could go ahead at the location in question only after President Biden concluded his visit or the organizations may seek a permit for an alternative location, away from the route of the visit altogether.

If the police persist in denying them their right of free speech, the Zionist groups plan to seek relief from the High Court of Justice.

Meir Deutsch, Director General of Regavim, said: “This is nothing short of a complete breakdown of the system. The Israeli government gave in and allows the visit, thus is re-dividing our capital – in violation of both US and Israeli laws. This is an outrageous capitulation and we demand the right to express our objection with our presence in Israel’s united capital. If the police denies us this right, we will appeal to the High Court of Justice.” 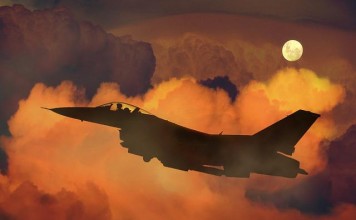