On Sept. 22, 1979, an American Vela surveillance satellite recorded a double flash over the South Atlantic, and staff at the Patrick Air Force Base, Florida, recognized the familiar shape of a nuclear mushroom. According to a Foreign Policy report published precisely 40 years later, an analysis of the evidence suggests a clandestine nuclear test, “which only one country was willing and able to carry out: Israel,” and accuses the Jimmy Carter administration of a cover-up.

According to the report (Blast From the Past), the US Air Force issued an alert and President Carter called a meeting in the White House Situation Room the next day. The possibility that Israel or South Africa, which had deep secret military ties back then, tested a nuclear weapon could have a negative impact on Carter’s reelection campaign, especially in addition to the lingering Iran hostage crisis.


The Carter administration was certain that South Africa’s nuclear weapons program was not advanced enough to test a nuclear weapon, left only one possible culprit – Israel. Which is why leading administration figures strongly recommended a cover-up, and the White House offered the public alternative explanations of the blast.

Thomas C. Reed and Danny B. Stillman believe the Vela incident was an Israeli neutron bomb test. They say the test would have gone undetected, since the Israelis chose a window of opportunity when no active Vela satellites were overhead in the area, but were not aware of a Vela satellite that had been listed as retired, but continued to receive and transmit data.

The cause of the flash remains officially unknown, and some information about the event remains classified. It has been suggested, for instance, that the signal had been caused by a meteoroid hitting the satellite, but the previous 41 double flashes detected by the Vela satellites were caused by nuclear weapons tests.

Those explanations were dismissed by the majority of scientific and intelligence sources. Today, most independent researchers believe that the 1979 flash was caused by a nuclear explosion resulting from a secret nuclear test carried out by Israel and South Africa.

On the 40th anniversary of the Vela incident, Foreign Policy assembled a team of scientists, academics, former government officials, and nonproliferation experts to analyze the declassified documents and data in the public domain, explain the political and strategic objectives of the key players at the time, and argue why a mysterious flash 40 years ago still matters today.

Even before the Vela incident, American intelligence agencies were convinced Israel possessed its own nuclear weapons. According to journalist Seymour Hersh, the detection was the third joint Israeli-South African nuclear test in the Indian Ocean, and the Israelis had sent two IDF ships and “a contingent of Israeli military men and nuclear experts” for the test.

Author Richard Rhodes also concluded the incident was an Israeli nuclear test, conducted in cooperation with South Africa, and that the United States administration deliberately obscured this fact in order to avoid complicating relations with South Africa and Israel.

Leonard Weiss, of the Center for International Security and Cooperation at Stanford University wrote: “The weight of the evidence that the Vela event was an Israeli nuclear test assisted by South Africa appears overwhelming.” Weiss stated that successive US administrations continue to cover up the test.

David Albright stated in an article about the double flash event in the Bulletin of the Atomic Scientists that “If the 1979 flash was caused by a test, most experts agree it was probably an Israeli test.”

In 2010, former president Carter revealed a diary note from February 27 1980, where he wrote: “We have a growing belief among our scientists that the Israelis did indeed conduct a nuclear test explosion in the ocean near the southern end of Africa.” 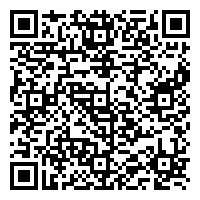