According to the report, Black Cube, whose website has been taken down meanwhile, signed one contract with Weinstein in July with the mission of stopping the publication of abuse allegations against their client which eventually appeared in the New York Times and The New Yorker.

According to The New Yorker, two Black Hole private investigators using false identities met on Wenstein’s behalf with Rose McGowan, an actress who eventually accused Weinstein of rape. One of them pretended to be a women’s-rights advocate and secretly recorded at least four meetings with the actress. The same agent, pretending that she, too, was a victim of the movie mogul, met twice with a journalist in an attempt to dig up the names of women who were talking to the press.

According to Globes, Black Cube’s primary field of operation is intimidating victims of harassment on behalf of the prominent individuals who harassed them.

Sources close to the former prime minister on Tuesday issued a statement saying: “More than a year ago, Barak was asked by Harvey Weinstein whether he was familiar with an Israeli security company whose reputation had reached Weinstein, which could help him with business issues he was facing. Barak confirmed to Weintein that the company he had heard about was probably Black Cube, and that it is, indeed, based in Israel.”

“Barak is not personally familiar with the company or its leaders,” the statement continued, “but he gave Weinstein details that facilitated contact with it. Barak was not aware until this morning of the fact that the company was hired by Weinstein, nor of the goals or activities for which it was hired by him.”

During his military service, Barak, who eventually was appointed IDF Chief of Staff, served in the elite special force Sayeret Matkal, many of whose veterans, most notably its commander and later IDF Chief of Staff Danny Yatom, moved on to serve in Mossad. 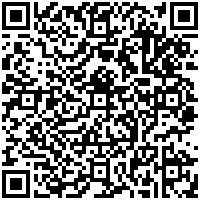