The Housing Ministry will not publish tenders for construction in Judea and Samaria until the end of 2017, according to Prime Minister Benjamin Netanyahu’s close associates, Makor Rishon reported Friday.

According to sources close to Netanyahu, the reason for the partial freeze is a commitment made by Defense Minister Avigdor Liberman to Donald Trump – without the approval of the Prime Minister. According to them, Liberman told government officials that a large number of tenders for construction had been released at the beginning of 2017, and there would be no more tenders until the end of the year.


Netanyahu, one of the sources said, did not want to withdraw from Liberman’s commitment, in order to maintain trust-based relations with the Administration. But the Defense Minister’s office strongly denies the allegations, saying that Liberman never conveyed such messages.

Publishing the building tenders in local municipalities is the government’s main route to allowing communities in Judea and Samaria to grow. The tenders are published by the Housing Ministry and allow for extensive construction in the large cities and towns of the settlement blocs. This is in contrast to the rural construction in Judea and Samaria, which is carried out in limited quantities and does not depend on tenders issued by the Housing Ministry nor the Israel Land Administration.

At a cabinet meeting about three months ago, which approved the building restriction set for the Trump visit period, the Prime Minister promised to publish new tenders for the settlements, and not just rural construction. Nevertheless, under Netanyahu’s own instructions, the Supreme Planning Council of the Civil Administration recently approved construction in the rural sector only, without marketing those tenders.

The dramatic cut in construction volume, and especially the breach of promises to build 300 houses in Beit El, raised the wrath of the settlement leaders at Netanyahu. In repeated conversations Netanyahu held with the same settler leaders, he claimed that the reason for the limited construction volume was only the planners’ failure to comply with the plans proposed by the cabinet.

However, despite repeated requests by the settlers, Netanyahu refused to promise that tenders would be released in the next construction beat in September, because of his agreement with the Trump Administration. New construction plans are approved four times a year.

Meanwhile, the Prime Minister’s office canceled the meeting of the Political-Security Cabinet scheduled for Sunday. This is the second consecutive cancellation of a cabinet meeting: on Monday, a meeting was supposed to take place, but did not. A senior source in the political establishment estimated that the background to the cancellations was Netanyahu’s desire not to allow a frontal confrontation between many cabinet ministers and Defense Minister Liberman in the Qalqilya affair.

According to Israeli media and the settler movement, Israel has approved 14,000 new housing units in Area C for an overflow of the Arab city of Qalqilya—which would overwhelm the development of two neighboring Jewish settlements, while at the same time limiting the Jewish settlements to a measly 2,000 new units – which the settlers say in reality come to only about 400 units.

The Immorality of Identity Politics 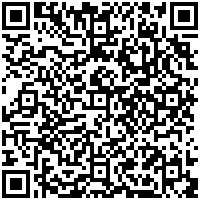