JointMedia News Service has been syndicating an intriguing article headlined – Which Republican candidate has the Jewish vote? It might take the reader a while to realize that writers Masha Rifkin and Jacob Kamaras, or their editor, are accepting as fact the possibility that Jewish voters will be in play on the Republican side of the presidential campaign this year. This is a watershed moment – not since 1980, when Reagan trounced Carter — have so many Jews been prepared to support a Republican against a sitting Democratic President.

And, as it turns out, all the Republicans who are still standing are moving in on the Jewish vote, save for Ron Paul who just doesn’t seem to care about the need to court Jews on the path to the White House.

The Jews, for a variety of reasons, appreciate being courted.

Former Massachusetts Gov. Mitt Romney, former Pennsylvania Sen. Rick Santorum, and former Speaker of the House Newt Gingrich have all gone on record with heated pro-Israel declarations, which could make picking one of them harder than you think.

FORGET THEIR OTHER ISSUES, FOCUS ON ISRAEL

Robert Wiener of the NJ Jewish News described Wednesday how Lionel “Lonny” Kaplan, a former president of the American Israel Public Affairs Committee who today is urging fellow Jews – many of them registered Democrats – to look past Republican presidential candidate Rick Santorum’s views on abortion, contraception, and religion, and concentrate instead on the his views on Israel and the economy.

Is it possible? Is it more than a local blip? Is it a trend that could decide the coming election?

Kaplan, a Trenton attorney who is usually described as a “prominent New Jersey Democrat,” according to Wiener, already donated the maximum allowable $2500 to Santorum’s campaign and expects to do a lot more for the former Senator’s campaign.

“Rick was very good on Israel, but the people in the pro-Israel world who were helping him were having some trouble with his campaign for reelection,” Kaplan told the NJ Jewish News. The Santorum campaign approached him. “They came to me and said, ‘Lonny, can you help?’ And I did.

Kaplan co-chaired a $50,000 fund-raising dinner for Santorum sponsored by the pro-Israel NORPAC.

SUPER TUESDAY COMES BUT ONCE EVERY FOUR YEARS

The Australian‘s David Weisbrot writes that among the 10 states holding Republican primaries on Super Tuesday (March 6), Massachusetts, Ohio, and Virginia have a significant concentration of Jewish voters, and, come November, all are likely to be key battleground states in the presidential election.

Weisbrot then adds what has been accepted as common wisdom: “Although President Barack Obama has continued America’s strong – and virtually unconditional – support for Israel, Republicans claim to sense a growing vulnerability on his part with Jewish voters.”

I’d like to suggest that a deep rift of suspicion has opened in the past three years, between President Obama and the Jews who happily gave him about 70 percent of their aggregate vote, and that Jews in America do not see US support for Israel as “virtually unconditional,” but instead as waning and precarious.

Tensions have risen between Obama and Israel PM Binyamin Netanyahu over several issues, including the Israeli settlements and the failed peace process.

Jennifer Rubin reported last September on the annual American Jewish Committee poll, which sampled 800 American Jews over a several-week span. It found that President Obama is regarded poorly in the Jewish community. 48 percent disapprove of his performance, 45 percent approve.

On Israel, 53 percent disapproved of the president’s handling of U.S.-Israel relations, and 40 percent approved.

The Australian‘s Weisbrot points out that in recent years, the Republican congressional leadership has cultivated a closer relationship with conservatives in Israel, including Prime Minister Benjamin Netanyahu and Foreign Minister Avigdor Lieberman.”

Now, if US Jews were growing more and more disenchanted with the President over the first three years of his term, it’s safe to assume that his approach to the Iranian threat is driving them away en masse.

Jennifer Rubin last week accused Obama of desperately wanting to get back to the bargaining table with the Iranians. “That’s how he’s going to declare sanctions to be a ‘success’ and try to get through the election without an international conflagration. He doesn’t want Israel messing up his game plan with talk of an attack.”

BUDGET OF A THOUSAND CUTS

A little less than two weeks ago, the Republican Jewish Coalition put out a web ad against Obama’s plan to reduce funding for Israel’s “Iron Dome” missile defense from $106 million in 2012 to $99.8 million in 2013. The RJC stated this means Obama “wants to weaken Israel’s security just when it needs it the most.”

Rick Santorum actually accused Obama of actively seeking ways to allow Iran  to gain a nuclear weapon and suggested that the administration had betrayed Israel by publicly disclosing what may be a plan to attack the Islamic theocracy. 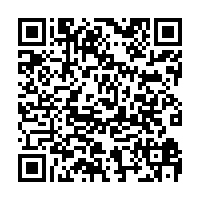