Prime Minister Benjamin Netanyahu is in discussions with the Trump administration and members of the US Congress regarding an Israeli proposal to close down the Washington, DC offices of the Palestine Liberation Organization (PLO) and the cessation of Palestinian activity in the International Criminal Court in response to what is being described as unilateral steps by the Palestinian Authority, Israel’s Channel 11 News reported.

The plan to close PLO offices in the US capital was raised at a weekly meeting held in Jerusalem Wednesday with US Ambassador David Friedman, US envoy Jason Greenblatt and Israel’s ambassador to the United States, Ron Dermer. At the end of the meeting, Netanyahu warned that “the diplomatic warfare of the Palestinians will not go unanswered.”

Netanyahu called the Palestinian Authority’s joining the police intelligence organization Interpol “a step that violates signed agreements with Israel.” He added that the actions of the Palestinian leadership “seriously undermine the prospects for peace.”

Meanwhile, a source in the office of Palestinian Authority Chairman Mahmoud Abbas said on Wednesday that joining Interpol was not intended as a means to issue arrest warrants against senior Israeli officials, saying that the goal of the move was to “recognize and strengthen Palestinian institutions in the international arena.” The source noted that Abbas’ internal political rivals, headed by Muhammad Dahlan, are much more likely to find themselves under an extradition order.

According to the senior official in Ramallah, the move that seriously ticked off the US administration was not the PA’s joining Interpol, but instead the possibility that the Palestinians Authority would join the UN World Intellectual Property Organization. Washington has made clear to the Palestinian Authority that their acceptance into the UN organization would force the United States to withdraw from it in accordance with a congressional decision, a move likely to cause economic and commercial damage to American businesses. 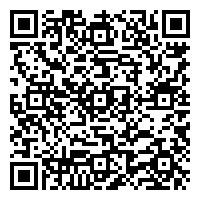