Sen. Tom Cotton (R-Ark.) on Monday slammed the Associated Press for its irate response to the IDF decision last Saturday to bring down the communications tower in Gaza City where their offices used to be (IDF Brings Down Gaza Tower Shared by Hamas Intelligence, Al Jazeera, AP). As we reported, a very entitled AP President and CEO Gary Pruitt sounded like the guy telling a policeman, “Do you know who I am?” when he complained: “We are seeking information from the Israeli government and are engaged with the US State Department to try to learn more. This is an incredibly disturbing development. We narrowly avoided a terrible loss of life.”

Pruitt lied, of course, as his people later confirmed, the IDF had given them ample warning to evacuate the hi-riser and an IDF officer even haggled over the phone with the building’s owner, who demanded 10 more minutes (the officer informed him an hour was plenty sufficient).

“Why is the Associated Press sharing a building with Hamas?” Cotton asked on the Senate floor. “Surely these ‘intrepid reporters’ knew who their neighbors were.”

Cotton then asked: “Did they knowingly allow themselves to be used as human shields by a US-designated terrorist organization? Did AP pull its punches and decline to report for years on Hamas’ misdeeds? I submit that the AP has some uncomfortable questions to answer.”

Lucy, you have some ‘splaining to do…

“Leave it to whiny reporters to make themselves the story and the victim when terrorists are shooting missiles at innocent civilians,” Cotton said.

I recommend, for some refreshing insights, former AP reporter Matti Friedman’s November 30, 2014 article in The Atlantic, What the Media Gets Wrong About Israel. Here are two illustrative paragraphs:

There are banal explanations for problems with coverage—reporters are in a hurry, editors are overloaded and distracted. These are realities and can explain small errors and mishaps like ill-conceived headlines, which is why such details don’t typically strike me as important or worth much analysis. Some say inflations and omissions are the inevitable results of an honest attempt to cover events in a challenging and occasionally dangerous reporting environment, which is what I initially believed myself. A few years on the job changed my mind. Such excuses can’t explain why the same inflations and omissions recur again and again, why they are common to so many news outlets, and why the simple “Israel story” of the international media is so foreign to people aware of the historical and regional context of events in this place. The explanation lies elsewhere.

To make sense of most international journalism from Israel, it is important first to understand that the news tells us far less about Israel than about the people writing the news. Journalistic decisions are made by people who exist in a particular social milieu, one which, like most social groups, involves a certain uniformity of attitude, behavior, and even dress (the fashion these days, for those interested, is less vests with unnecessary pockets than shirts with unnecessary buttons). These people know each other, meet regularly, exchange information, and closely watch one another’s work. This helps explain why a reader looking at articles written by the half-dozen biggest news providers in the region on a particular day will find that though the pieces are composed and edited by completely different people and organizations, they tend to tell the same story. 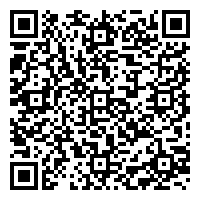