MK Bezalel Smotrich (Habayit Hayehudi) on Monday told Israel Radio that his party would assist Prime Minister Netanyahu in “finding the ability” to establish an alternative settlement for the families that had been evicted from Amona in Samaria earlier this month.

Smotrich said he was hoping the lesson for Netanyahu would be delivered “using the head and not the legs.”

During his cabinet meeting Sunday, Netanyahu told his ministers that building a new settlement for the Amona community has become a complicated issue, due to the US President’s explicit request to “hold back a little on the settlements.” Netanyahu reported that a special team, headed by Israeli Ambassador Ron Dermer and Trump advisor Jason Greenblatt, would deal with the issue of new construction in Judea and Samaria.

Smotrich reacted by telling Israel Radio that Netanyahu had signed a commitment to the Amona community to rebuild their settlement elsewhere. Smotrich also warned that another settlement freeze would mean ushering in a Palestinian State. He emphasized that Netanyahu’s government had received a clear mandate from the Israeli public to pursue a nationalist, rightwing policy. Nevertheless, despite his threat regarding his own party voting with its legs, Smotrich refused to state how his own party would respond should Netanyahu renege on his commitment.

Several government minister on Sunday insisted that Netanyahu must honor his promise to the people of the demolished settlement. Minister Uri Ariel (Habayit Hayehudi) said he could not envision the government continuing to function without honoring its commitments. Minister Miri Regev (Likud) also insisted that “promises must be kept.” She added, “We will build a new settlement for the heroic people of Amona.” 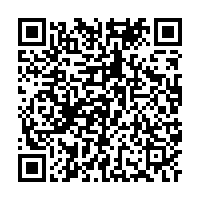