The Stanford University chapter of Students for Justice in Palestine allegedly took down fliers from the school’s College Republicans chapter about an upcoming event with a conservative pundit.

“We are not surprised that Stanford leftists have resorted to ripping down flyers advertising our upcoming event with Andrew Klavan. Leftists routinely vandalize our flyers, as they refuse to accept the right of conservatives to speak on the campus,” posted Stanford College Republicans on Facebook on Friday.

“However, this time, not only did leftists destroy our flyers, but members of Stanford Students for Justice in Palestine have been covering our posters with anti-Semitic cartoons by Israel-hating propagandist, Eli Valley, who will speak at Stanford at SJP’s invitation next Friday. These cartoons specifically attack Ben Shapiro, using vile anti-Semitic caricatures. Eli Valley and his supporters in Stanford’s SJP would make any neo-Nazi proud.”

Klavan, 64, is a right-wing author and podcaster for The Daily Wire. He is scheduled to address SCR on May 14 with the topic being “Yes; America is a Judeo-Christian Nation.”

SJP Stanford is apparently the first campus group to vandalize SCR posters, whereas previous SCR posters were torn-down by individual students who were apparently against SCR’s mission and beliefs, an SCR representative told JNS.

SJP Stanford did not immediately respond to a request for comment.

This week marks Palestine Awareness Week, consisting of an “apartheid wall,” which coincides with Israel Week on campus.

In a mass email sent on Sunday to a listserv used by Stanford’s Jewish community, SJP apologized for spreading the illustrations “out of context,” according to The Stanford Daily.

“Let me be as clear as I can: the images are indefensible in any context. They are not justifiable, and they are not explainable,” wrote Stanford Law School student Ari Hoffman in the Daily. “The sin is not against sensitivity. It is one of smearing a Jewish minority under attack here and abroad in the name of a skewed vision of a foreign conflict.”

“SJP’s promise that ‘Eli’s knowledge and guidance’ will ameliorate these facts is akin to entrusting fire safety to an arsonist,” he continued. “To apologize for the flyers but insist on continuing with the event is equal parts absurd and appalling.”

The incident occurred a week after the international edition of The New York Times published anti-Semitic cartoons on April 25 and over the following weekend.

The SCR representative mentioned that an anti-BDS resolution will be introduced this Tuesday in the student government.

The Israel group on campus, Stanford Israel Association, did not immediately respond to a request for comment. 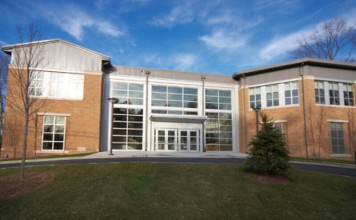 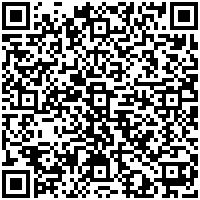