A tiny group of “anonymous” employees at the Google and Amazon internet giants have written to The Guardian, a British news outlet, to “call on the leaders of Amazon and Google to pull out of Project Nimbus and cut all ties with the Israeli military.”

It is not surprising the group did not pen their op-ed for an American publication, but rather submitted their piece filled with lies to a British news outlet.


Antisemitism and hate for Israel are alive and well in the UK and the international Boycott, Divest and Sanctions (BDS) economic war on Israel finds a warm and welcoming home there.

It is sad that The Guardian failed to properly fact-check the article, at least, before its publication.

Project Nimbus is a new Israeli government project to provide cloud services for the entire Israeli public sector, including the Israel Defense Forces. It is a project worth billions of shekels.

The project will include a number of levels which will offer a response to create a cloud services supply channel, and to draw up government policy on the subject, migration to the cloud and modernization of services, control and optimization of activity in the cloud, according to the website of the Israel Accountant General.

Some 90 workers at Google and “more than 300 workers at Amazon” signed their letter internally but said in their missive to The Guardian they are anonymous because they “fear retaliation.”

It is not clear where they think that retaliation might come from, nor what form they believe it might take, but it is relevant to point out that this is a tiny, albeit vociferous, group. It is also interesting that these workers, employed by two rival companies, managed to coordinate their efforts.

At the end of 2020, Alphabet (Google’s parent company) had 135,301 full-time employees. This does not include part-time workers and consultants. As of this year, Amazon reports that it has more than 1,3 million employees (1,335,000); 950,000 of those workers are in the United States, which means one out of every 153 American workers is employed by Amazon.

You do the math.

Among the myriad lies in this article, the writers say the contract for Project Nimbus, is a plan to “sell dangerous technology to the Israeli military and government,” and was signed the same week “the Israeli military attacked Palestinians in the Gaza Strip – killing nearly 250 people, including more than 60 children.”

To clarify: Eight of the children were killed by rockets fired at Israel by Hamas and Palestinian Islamic Jihad that exploded in Gaza territory. In addition, 21 Gazan adults died from those misfired rockets that were aimed at Israel.

The writers also somehow managed to miss the fact that the 11-day mini-war they refer to was started by Gaza’s Iranian-backed rulers, the Hamas terrorist organization and its Iranian-backed ally, the Palestinian Islamic Jihad terror group, who chose to target the Israeli capitol, Jerusalem – the holiest place on earth — with a barrage of rocket fire while Israeli civilians were joyously celebrating the reunification of the city.

They also cynically ignored the fact that nearly half of those killed in Gaza (48 percent, 112 of the casualties) were terrorists firing at Israeli civilians, embedded within their own civilian population – which accounted for the civilian deaths – as documented by the Meir Amit Intelligence and Terrorism Information Center.

“The technology our companies have contracted to build will make the systemic discrimination and displacement carried out by the Israeli military and government even crueler and deadlier for Palestinians, they wrote – again missing the primary point of the project, intended to improve the lives of Israeli civilians.

“We cannot look the other way, as the products we build are used to deny Palestinians their basic rights, force Palestinians out of their homes and attack Palestinians in the Gaza Strip – actions that have prompted war crime investigations by the international criminal court.”

Israel’s military attacks the Gaza Strip only when its terrorist leaders have first attacked Israelis – which sadly happens quite often.

As for “forcing Palestinians out of their homes,” Israel demolishes the homes of terrorists after they murder and maim Israelis, and the homes of those built illegally on land under the total administration and security control of the State of Israel as designated by the internationally-recognized Oslo I and final document, Oslo Accords II – agreements the Palestinian Authority government and its terrorist emissaries have incessantly ignored and violated.

Project Nimbus, they claim, “allows for further surveillance of and unlawful data collection on Palestinians and facilitates expansion of Israel’s illegal settlements on Palestinian land.”

There is nothing unlawful about surveillance of one’s enemy. Every single nation around the world – including the United States – engages in the practice as a means of self-defense.

The sole exception is the Palestinian Authority government, which lavishly pays the convicted terrorists imprisoned in Israel, and the families of those who died while trying to murder Israelis. Those recipients of the Ramallah government’s largesse “earn” far more than their hapless neighbors.

It indeed would behoove this tiny group of misguided employees to wake up and work towards “building a world where technology promotes safety and dignity for all” – including for Israeli civilians constantly marked for death by their Palestinian neighbors. 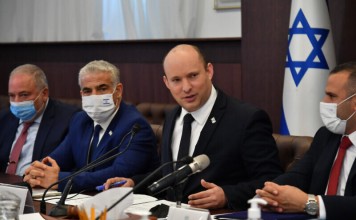 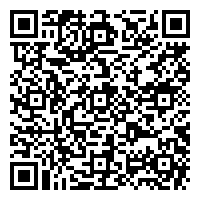