U.S. Secretary of State Rex Tillerson is engaged in a new form of Middle East peacemaking that hearkens back to the oldest traditions of the sulha (reconciliation) and souk (bazaar) while underscoring the newest addition to American diplomacy: deal-making.

President Michel Aoun appealed to U.S. Secretary of State Rex Tillerson during talks Thursday in Beirut to “work on preventing Israeli assaults on Lebanese sovereignty” by land and sea. The Lebanese president was complaining about Israel’s ownership claims in the offshore Mediterranean area between the two countries for which Beirut recently issued a tender for oil and gas exploration by international energy firms.


The maritime area falls within a site that Israel says is part of its Exclusive Economic Zone, which extends along the edge of three of the five energy blocks that Lebanon has offered for tender.

Aoun also told Tillerson his country was committed to preserving calm on its southern border with Israel — with his reference to the land-based “assault” related to the country’s vehement objections to the concrete security barrier that Israel is building along its northern border.

Tillerson later responded to both issues in a joint news briefing held together with Lebanon’s Prime Minister Sa’ad Hariri, commenting that the United States remains “committed to helping Lebanon and the Lebanese people prosper through the development of their natural resources in agreement with all of their neighbors.”

The Secretary added, “If an agreement can be reached, it truly has the ability to help Lebanon and the neighboring countries both now and in the years to come.”

Tillerson has had decades of experience in the industry: an American civil engineer, he served as the chair and chief executive officer of ExxonMobil, world’s sixth largest company by revenue, prior to accepting his post in Washington.

“In terms of the offshore agreement, we’ve had good discussions today, this is an extremely important issue to Lebanon, it’s important to Israel as well to come to some agreement,” he told journalists, “so that private companies can go to work offshore and determine what in fact might be available in terms of natural resources development and how to get started moving forward.

“We had a good exchange over our lunch meeting thinking about creative ideas of how to break this stalemate and move forward. So we will continue to be very engaged with both parties, but we’ve asked no one to give up anything, rather, we’re looking for a solution.” 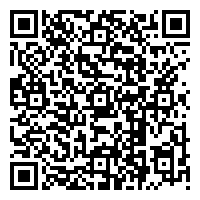