U.S. President Donald Trump issued a proclamation on Friday ahead of Yom Hashoah, or Israel’s Holocaust Remembrance Day, on Tuesday in which the president cited an executive order he signed in December to address current hatred toward Jews.

“Our Nation’s annual observance of Yom Hashoah, Holocaust Remembrance Day, calls on all Americans to pause and reflect on the horrific atrocities committed by the Nazi regime against minority groups and other ‘undesirables’ in the years leading up to and during World War II,” states the proclamation. “Among those murdered in the Holocaust were 6 million Jewish men, women and children who became victims of the Third Reich’s unthinkably evil ‘Final Solution.’ ”


“As this year’s Yom Hashoah commences, let us remember the millions of lives extinguished in the Holocaust, including those of Jewish, Polish and Slavic ancestry, Roma and Sinti, individuals with mental and physical disabilities, gays, political dissidents and dozens of other groups, and let us reaffirm our commitment to preserving and carrying forward their stories so that such repugnant acts of evil never occur again.”

Trump said that “tragically, far too many Americans of Jewish faith still face persecution. That is why I issued an Executive Order in December of 2019 to further expand and strengthen my Administration’s ongoing efforts to combat racist and anti-Semitic discrimination. We must always condemn and confront all forms of racial, religious and ethnic prejudice, discrimination, and hatred and strengthen the mutual bonds of respect that unite us all as Americans.”

The executive order requires the U.S. government to consider the International Holocaust Remembrance Alliance definition of anti-Semitism in responding to “prohibited forms of discrimination rooted in anti-Semitism as vigorously as against all other forms of discrimination prohibited by Title VI” of the 1964 Civil Rights Act. It mandates that the U.S. Department of Education investigate anti-Semitic incidents on college campuses in accordance with Title VI of that law.

“During this time, as we mourn the millions of lives tragically lost during this dark stain on human history, we vow to ensure that future generations know the horrors of the Holocaust so that its crimes are never repeated,” states the proclamation.

“We also remember the powerful example that countless victims set through their remarkable determination, courage and devotion. Together, let us resolve to build a society that always values the sanctity of every human life and the dignity of every faith. In doing so, we will make certain that freedom and liberty always triumph over evil and oppression.” 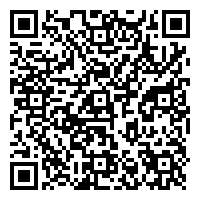