U.S. President Donald Trump ignored loud protests from some who warned him that he was “not welcome” in Pittsburgh, arriving Tuesday with First Lady Melania Trump to offer condolences for the 11 murdered Jewish victims who were slaughtered while at prayer this past Sabbath at the Tree of Life synagogue in Squirrel Hill.

Protesters – including, sadly, some from the Pittsburgh Jewish community – held a protest march against the president as his visit began in the city, claiming he is an antisemite whose rhetoric was at least partly responsible for the attack.


Local sources said the protests by Jews were driven by the local chapter of “Bend the Arc,” founded in 2012 as a national advocacy organization. Three years later, with the help of Alexander Soros, son of liberal philanthropist George Soros, the group launched its first Jewish political action committee focused on dealing solely with domestic issues, The Forward news site reported.

According to the group’s website, the organization supports “everyone threatened by the Trump agenda.” Alexander Soros is the chair of its board of directors. The Pittsburgh chapter was created shortly after the 2016 election.

President Trump visited those who were wounded in the massacre, including four police officers. Thousands of people showed up for the first funerals of those who died.

The president is accused by critics of using heated rhetoric at political rallies which they claim creates a “toxic atmosphere” which they say inspired the antisemitic killer to launch his attack.

Israel’s Minister of Diaspora Affairs, Naftali Bennett, who was in Pittsburgh on behalf of the Jewish State to offer support and assistance to the community following the tragedy, strongly disagrees, however. He says it makes no sense to attack an American president who is anything but antisemitic.

“This is unfair and wrong,” he wrote Tuesday in a series of tweets on the Twitter social networking site. “President Trump is a true friend of the State of Israel and to the Jewish people. With President Trump we never have to worry if he has our backs. He has delivered on every promise. This is something we will never forget,” Bennett wrote. “He is fighting terror worldwide, including Israel’s greatest enemy, the murderous regime of Tehran.

Israeli Ambassador to the United States, Ron Dermer, holds a similar view, which he discussed in a televised interview with MSNBC earlier this week.

Holocaust survivor Judah Samet, a member of the Tree of Life congregation, was just four minutes late for morning services this past Saturday – enough time for police officers to stop him from entering the synagogue, probably saving his life.

Samet told The Washington Post that he doesn’t believe that Trump is responsible for inciting the violence that was perpetrated against his fellow worshipers.

In fact, Samet says he supports Trump. “I don’t fall in love with people, except my family, but I love him for what he’s doing. Our economy is fantastic. Obama was a jerk and hated Israel,” he said.

Likewise, Rabbi Jeffrey Myers, the spiritual leader of Tree of Life synagogue, also refused to blame the president or anyone else beyond the gunman for the shooting.

“The president of the United States is always welcome at our synagogue,” he said in response to a question from CNN. “I’m a citizen, he is my president. He is certainly welcome.” 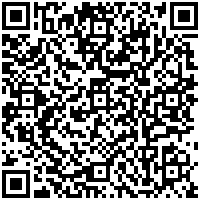