President Donald Trump is promising to appoint a female justice to replace the late Justice Ruth Bader Ginsburg, who died this past Friday night, on the Sabbath and the first night of the Jewish New Year, Rosh Hashanah.


Trump opened a rally Saturday night in Fayetteville, North Carolina by saying he joins with the rest of the nation in mourning the loss of Justice Ruth Bader Ginsburg.

“Her landmark rulings, fierce devotion to justice and her courageous battle against cancer inspire all Americans,” he said. “She was an inspiration to a tremendous number of people. I say all Americans.”

Trump said he would announce a Supreme Court nominee in the coming week — and his pick will be a woman, he promised.

“It will be a woman. A very talented, very brilliant woman who I haven’t chosen yet, but we have a number of women on the list,” he said.

Trump released a list of potential candidates for the Supreme Court on September 9. Earlier in the day, he told reporters that he believed the Senate nomination process would go “rather quickly” despite the some of the criticism he has already drawn from some Republicans and many Democrats for pushing ahead with a nomination so close to a presidential election. 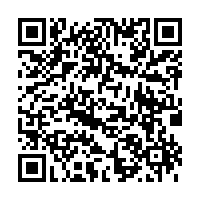