Donald Trump on Tuesday warned Florida’s Governor Ron DeSantis against facing him in a run for the GOP presidential nomination in 2024, telling Fox News, “I think he would be making a mistake. I think the base would not like it.” The warning was made just hours before DeSantis won 59% of the vote for a second term as governor.

Trump’s attorney Alina Habba told Fox News, “I think I like what DeSantis is doing in Florida. But, he needs to stay in Florida,” adding, “DeSantis is DeSantis because of Trump.”

Somebody should tell Karen and Ronald DeSantis, or it’s going to be an awkward Thanksgiving dinner in Jacksonville…

Speaking of things not being good for the party, seeing as several Trump-backed candidates in major races had lost their races, including many election deniers, it was clear Trump had a bad election day, and the red wave everyone had been predicting, just didn’t come. The Republicans may retake the House of Representatives, but by a very small majority, which means they would still need the cooperation of democrats in passing major legislation. In the Senate it still looks like a tossup, with a chance that the Democrats will keep their small advantage (her name is Kamala Harris).

Fox News asked DeSantis last August about his presidential ambitions, not a question one answers truthfully when one is running for a state job that’s supposed to last until 2026. “People have asked me about that, probably about a thousand different times … I’m keeping my eye on the ball here in Florida,” the governor said, fooling no one.

And during a debate with his Democratic opponent Charlie Crist last month, DeSantis said: “I know that Charlie is itching to talk about 2024 and Joe Biden, but I just want to make things very, very clear: The only worn-out old donkey I’m looking to put out to pasture is Charlie Crist.”

That’s a pretty desanctimonious retort in my book. 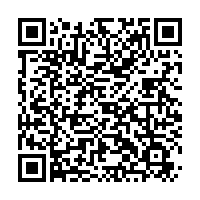