Turkey will take counter-steps if the US “adopts hostile attitude towards it,” Turkish foreign minister Mevlut Cavusoglu said on Monday, according to Anadolu. The FM reacted to the Pentagon’s decision to take Turkey out of the F-35 fighter jet program.

“If the United States takes measures against us, we will respond with counter-measures. Of course, we would like our relations to continue as two NATO partners. But if they display a hostile attitude towards us, we will take counter-measures,” the Turkish FM said.

The US removed Turkey from the F-35 joint strike fighter program, and Turkey will lose its share in the production work on the jet by March 2020, following President Erdogan’s deal for S-400 Russian-made air defense system, the first of which were delivered on June 12.

Last week, the White House issued a statement saying: “Turkey’s decision to purchase Russian S-400 air defense systems renders its continued involvement with the F-35 impossible. The F-35 cannot coexist with a Russian intelligence collection platform that will be used to learn about its advanced capabilities.”

FM Cavusoglu warned that if Turkey doesn’t get its promised F-35 jets, it would seek to meet its needs from other sources until it starts producing its own.

On 12 July 2002, Turkey became the seventh international partner in the Joint Strike Fighter (JSF) Project, joining the United Kingdom, Italy, the Netherlands, Canada, Denmark and Norway. On January 25, 2007, Turkey signed a memorandum of understanding (MoU) for involvement in F-35 production. The Turkish Air Force initially ordered 116 F-35A at a reported cost of $11 billion.

The plan was for the F-35 to be produced under license in Turkey by Turkish Aerospace Industries (TAI). TAI is one of the two international suppliers to Northrop Grumman (the other being Terma in Denmark).

On June 30, 2018, Turkey received its first F-35 at Lockheed Martin facilities in Fort Worth, Texas. The first aircraft was to be assigned to Luke Air Force Base for pilot training. On August 29, 2018, a Turkish pilot carried out the first flight with an F-35 as part of training in the US.

But on June 18, 2018, the US Senate passed a bill blocking the transfer of F-35 fighter jets to Turkey, due to concerns over Turkey’s intent to procure the S-400 air defense system, thus putting at risk the secrets of the F-35.

The S-400 “Triumf” is Russia’s most advanced long-range air defense missile system, which went into service in Russia in 2007. It is designed to destroy aircraft, cruise and ballistic missiles, including medium-range missiles, and can also be used against ground installations. The S-400 can engage targets at a distance of 250 miles and at an altitude of up to 20 miles. 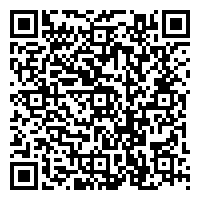